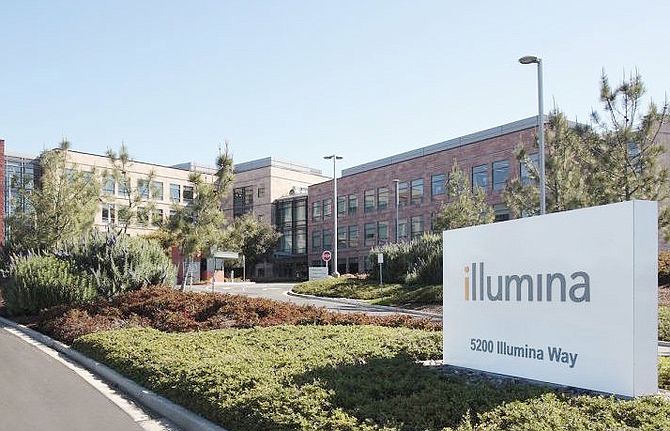 San Diego's Illumina believes acquiring Pacific Biosciences would give it a fuller view of the genome.

The Competition and Markets Authority, or CMA, said the first phase of an investigation showed the acquisition could remove what may be the biggest competitor to Illumina.

“Illumina is by far the largest supplier of DNA sequencing systems, both in the UK and worldwide, and the merging businesses are already close competitors,” said CMA in a statement.

“Aside from the merging parties, there are limited alternatives available for customers at present. While some suppliers plan to enter the market in future, it is not clear when they will enter or how competitive their technology will be.”

This spring CMA launched an investigation into the deal. On June 18, the regulatory agency said if the companies don’t address its concerns, the matter would be referred to a more in-depth phase 2 analysis.

A denial from CMA would likely kill the acquisition, the view of Shawn Baker, who heads SanDiegOmics.com, a genomics consulting company.

Baker said CMA only has the power to stop sales in the UK, but the UK, China and the U.S. represent such large markets that a kibosh from one is often enough to torpedo a deal.

In addition, he said, antitrust action in the UK could snowball to the rest of Europe.

Illumina originally said the deal would close mid-year. In a statement the company pushed back the timeline to the fourth quarter.

Baker said that’s no big deal for Illumina, but could be for Pacific Biosciences. The Menlo Park company has struggled to reach profitability.

Baker argued in favor of the tie-up, saying Illumina is better positioned than competitors to advance Pacific Biosciences’ technology. He added fears that the acquisition will take pressure off Illumina to lower prices are unwarranted because other companies are more likely to challenge Illumina on that front.

Under the Enterprise Act 2002, CMA can review mergers in which the combined entity would provide at least 25 percent of services in the UK, according to the agency.