Jack in the Box Inc. announced on June 17 that some of its subsidiaries will complete a refinancing of its existing senior credit facility with a new, $1.45 billion securitized financing facility. 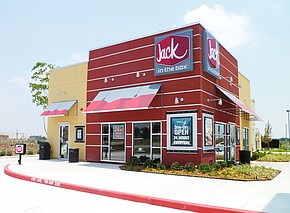 The San Diego-based corporation plans to sell bonds. The securitized financing facility is expected to be comprised of $1.3 billion of senior fixed-rate term and $150 million of variable funding notes. The proceeds will be used to repay all of the existing debt under the senior credit facility; pay the transaction costs and fund the reserve accounts associated with the securitized financing facility; and for working capital and general corporate purposes.

The company said it would consider returning capital to shareholders.

Financial terms of the deal, including interest rates, are not yet available. Jack in the Box said it expected the bond sale to close in July.

Jack in the Box (Nasdaq: JACK) had 2,237 restaurants at the end of its 2018 fiscal year. Some 93 percent of were franchise-owned and operated; 85 percent of those are represented by members of the Jack in the Box National Franchisee Association.