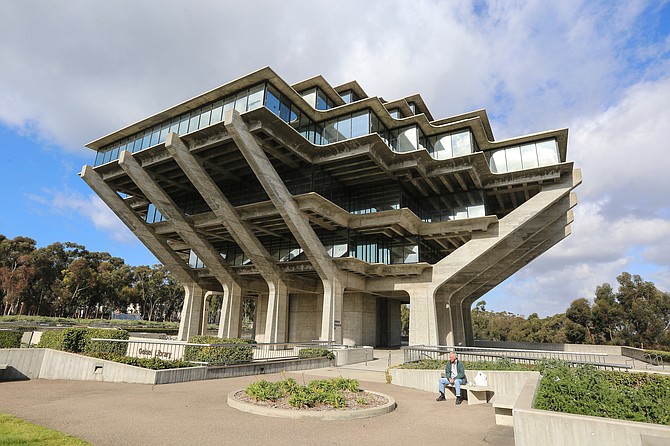 Darren Charrier and Faris Hamdi had interplanetary ambitions when the two founded Voyager Space Technologies. Both undergraduate students studying aerospace engineering at UC San Diego, the two had sought to create a robotic spacecraft that could extend the life of dying satellites. As they sought out to build out this technology, they ran into a problem: they had to start from square one.

“We ran into the same issues as every other hardware project that we worked on,” Charrier, Voyager’s CEO, said. “The software tools we used as hardware engineers were out of date. They didn’t allow for team collaboration.”

Charrier and Hamdi founded Voyager in 2017. Their goal was to build a software platform, similar to GitHub, where teams can share and manage hardware projects.

“As software developers, we have access to libraries, things that have been done before. It’s really easy to jump on the internet, get all of the documentation and start experimenting with it,” Hamdi, Voyager’s chief technology officer, said. “With hardware, you don’t even get access to the information you need to start the design process.”

The idea went all the way back to when he and Charrier first met on their first day at UC San Diego. Charrier had been talking about mining the moon for Helium-3, and they struck up a conversation.

The two also worked as part of a team to launch a rocket powered by a 3-D printed engine, as part of the local chapter of Students for the Exploration and Development of Space (SEDS).

“Both Darren and I were excited about a future where people can travel in space, live and work,” Hamdi said. “To make that future a reality, we have to be a lot more capable in terms of building new hardware products and new infrastructure. If every space project takes over 5 to 6 years, that future is much further away.”

Charrier went to UCSD with the intention of starting his own business. Before co-founding Voyager, he interned with SpaceX. Hamdi, for his part, worked with the Scripps Institution of Oceanography.

“The original goal was to start something that would go to space — going to the moon,” Charrier said. “What we slowly realized these past few years, understanding more about the space industry after working in the space industry and trying to find where the economic value is, we realize we’re a way off from that reality.”

The two co-founders have made significant strides in their business, which now has seven employees. To date, Charrier said Voyager has raised more than $100,000 in outside investments, including angel funding.

The company also won a small business innovation research (SBIR) grant with the U.S. Air Force’s AFWERX program, which was established to develop a culture of innovation within the Air Force. Charrier said Voyager has been working with smaller companies to test the software, and also has a few paying customers.

Charrier and Hamdi recently celebrated another important milestone: graduation. With schoolwork out of the way, they plan to work on Voyager on a full-time basis. In the last few weeks, Charrier said he would dedicate a full day to working on his senior project, and another day to working on the company. Other team members would also step in to help pick up the slack.

“The team is key. We get to make it work because we have a team of individuals who are working on it all of the time,” Hamdi said.

The company has currently been working out of UC San Diego’s incubator program, The Basement. There, they had access to office space, advisors, and other startups that were working through the same challenges.

With the additional funding, Hamdi plans to work release a new software updates, and put more resources into marketing and sales.

“Both of us are excited to be 100 percent focused on this. It’s been a lot of hard work and we’re excited to bring it into the world,” Charrier said. “We want to colonize mars and the moon. We can’t do cool science fiction things without the right tools.”