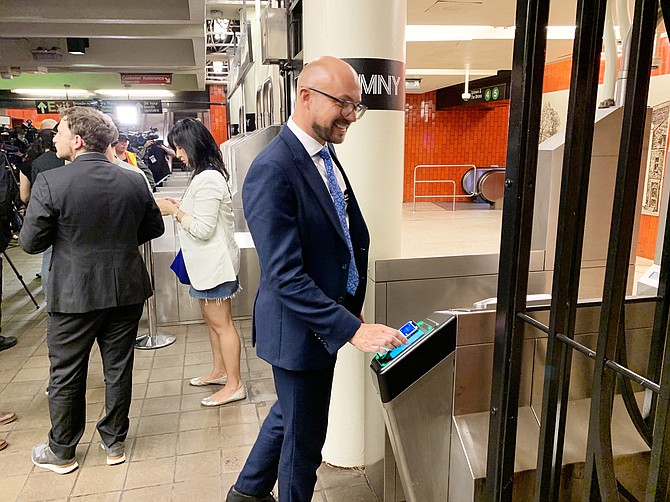 Talk about a tough environment for rolling out new technology.

Cubic Corp. introduced its next-generation fare collection technology on the subway beneath Lexington Avenue in New York City on May 31.

The new system, called OMNY, lets a commuter pay for a ride using a mobile phone or a bank card (credit or debit) equipped with a radio chip.

No separate fare card issued by a transit agency is necessary.

Cubic has provided the same technology to London’s transit system in the United Kingdom.

The New York Metropolitan Transportation Authority issued the $540 million contract for the new fare collection system in October 2017. With options, the deal could be worth as much as $573 million. The deal has provisions stretching over six to 10 years.

In New York, the new technology is available in 16 stations on a single subway line between Grand Central Terminal in Manhattan and the Atlantic Avenue/Barclays Center stop in Brooklyn. It also rolled out on Staten Island buses. Some 10,000 people used the technology in the first weekend it was available, Cole said.

Cubic (NYSE: CUB) worked with Apple Inc. to enable Apple Pay Express Transit on the OMNY system. Commuters have only to tap their iPhone or Apple Watch to ride the subway. Cubic says it’s quick and easy — there is no need to wake the device, double tap, open an app or use Face ID or Touch ID.

In addition to transit, Cubic has a defense contracting business.