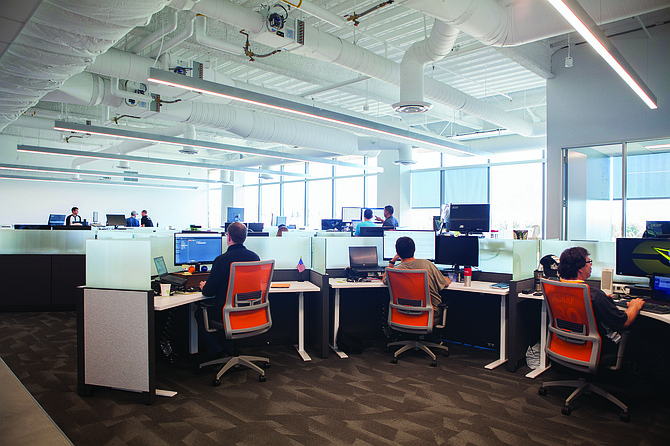 Photo courtesy of Seismic Software. Seismic’s offices are located in Carmel Valley. The company has been growing its headcount since it raised $100 million in funding in December.

Seismic Founder and CEO Doug Winter closed on $100 million in funding for his company in December. With the additional funds, the company has been preparing to go public, including hiring a chief financial officer who helped take ServiceNow public.

The company builds sales enablement software, which helps sales teams keep track of information on potential clients and provides personalized marketing. Winter said he hopes to be internally prepared for a potential IPO in 12 to 18 months. 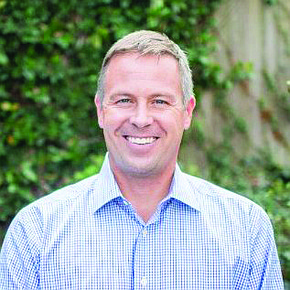 “It’s certainly on our minds. The bigger you are, the easier it is to be prepared and predictable” he said. “The early days were fun, but these days are fun, too.”

Winter said his father’s early days as an entrepreneur inspired his business. Growing up, his dad ran a hazardous waste cleanup company in the construction sector. Though the business ultimately wasn’t successful, Winter recalled, “Seeing how happy he was, that was the most I had ever seen him fulfilled in his career.”

Winter founded Seismic in 2010, working out of a basement with four others in Solana Beach. Since then, it has snowballed to more than 100 employees doing more than $100 million in revenue.

Starting out, Winter didn’t take any outside investment. He had planned to grow the company organically. But eventually, he made the jump to take outside investment, not wanting to miss the opportunity to take advantage of a growing market for sales software.

“At some point we realized, if we don’t feed it a little faster, it’s going to pass us by,” he said.

Of course, taking outside funding also led to big changes at the company.

“I tried to approach it, like most things in life, with a pretty transparent conversation with my wife,” he said. “I knew if we went down this road, life was going to be different for a while.”

“He’s my go-to coach. I trust his advice,” Winter said. “He always brings a level perspective.”

In general, Winter advised startups, “When you have the luxury, select investors that can help you.”