Local angel investor Caitlin Wege was named the incoming president of Tech Coast Angels — San Diego. The angel investment group has seen membership grow in the last year, and is already on pace to beat last year’s investment levels, having invested $7 million as of May. TCA San Diego also rolled out a new $2.3 million ACE (Angel Capital Entrepreneur) Fund this year, that allow angel investors to pool together their resources to quickly provide up to $500,000 to promising startups. 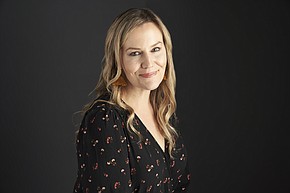 Wege has served on TCA San Diego’s board for two years. She is also a partner with family fund MooDoos Investments, which invests in seed and early-stage startups across all sectors. Some of its local investments include NeuraLace Medical, Clics and Sourcify.

Outside of her work with MooDoos, Wege serves as a board member of the Ecology Center in Orange County and serves on the advisory board of San Diego State University’s ZIP Launchpad. She also has two young kids.

Tell me about your work with MooDoos:

I transitioned from a passive partner (at MooDoos) to a full-time partner about five years ago. My dad has been doing this for 30 years. We’re not an impact fund, but we’re looking for something that creates more than monetary value —something that makes a difference.

For some companies where we’ve come on as early lead investors, we’ve been involved to the exit. Our most successful ones are where we can offer more than money. Where we can just be a phone call away.

How did you get involved with Tech Coast Angels?

It was because I had decided to move into a full-time position with our family fund. I needed to get to know people and I needed deal-flow. I stayed because I love the people.

We’re able to roll up our sleeves and tap into the collective knowledge of the group. We’re tech entrepreneurs, life sciences C-suite managers, designers, real-estate developers, M.D.s and surgeons. It’s really cool to see what’s in the room when we’re meeting a company.

How has it changed in the last five years?

I’ve been with the organization for about five years and there’s been a big transition. One of the big things Tech Coast Angels was trying to do was create more diversity.

(Current TCA President) Dean Rosenberg and (Executive Director) Ashok Kamal and, (Treasurer) Sergio Gurrieri have done such great work. I’m taking that work and moving it into the future.

We’ve created a path to engage prospective women investors. When I joined, there were maybe five women in our membership. A lot of these women have the industry knowledge to support the ecosystem, but maybe they don’t plug in, or they shy away because (angel investing) is too risky. With the new fund, you’re able to reduce your risk, and also learn.

The fund has been a big driver of membership. You’re always getting more first-time members. If you’re investing in 12 companies over a year, you have a better chance at a return.

We’re close to 200 members. Investor education is something that we’ve started to concentrate on this year. What makes us stronger is if we can share that knowledge.

I’m seeing valuation for very early deals explode. It shows there’s a lot of capital out there. That’s a good thing. But are these companies going to be able to support that valuation later on?

I feel like San Diego is at an inflection point. We’ve all seen the ecosystem grow and mature. We’ve seen later-stage funding interested in San Diego deals.

I see it on a trajectory to continue to grow. The ecosystem is less fragmented. You see a lot of collaboration, with

Connect and the San Diego Venture Group (merging), and universities starting to bridge the gaps. It’s that secondary, sleepy market that’s waking up.

What advice would you offer angel investors?

My advice is the advice my dad gave me. If you’re just starting to make direct investments, hold off for six months, because when you start, everything is going to look amazing.

Involve yourself in as much due diligence as you can. Get out of your comfort zone. If you’ve always been doing investments in hardware and software, participate in due diligence for life sciences companies.