San Diego philanthropist Denny Sanford made a major gift to UC San Diego for research into the biology of compassion, the university said on July 22, adding that such research could help train future generations of physicians. 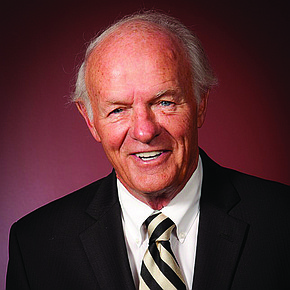 UC San Diego described the bequest as a “landmark gift” but did not specify a dollar amount. The university said it “significantly” advances UC San Diego’s $2 billion fundraising campaign.

The gift will fund the T. Denny Sanford Institute for Empathy and Compassion.

Among other things, the gift is intended to address burnout among physicians and medical students.

“I have been inspired by the work and teachings of the Dalai Lama, whose interest in the intersection where science and faith meet is deep and profound,” Sanford said in a statement issued by the university. “I have had the opportunity to see how grace, humanity and kindness can change people and the world. This gift extends that vision. Doctors work in a world where compassion is essential, but often lost in the harsh realities of modern medicine. If we can help medical professionals preserve and promote their compassion, based on the findings of hard science, the world can be a happier, healthier place.”

The university said its new institute will employ state-of-the-art neuroscience technologies, including sophisticated imaging, to identify and map brain activity created by empathic behavior, quantify the factors promoting or inhibiting compassionate behavior and then design new methods to increase empathic signals in the brain.

In a statement thanking the university’s benefactor, Chancellor Pradeep Khosla said that a “multidisciplinary, collaborative effort that builds upon our existing leadership in neuroscience to understand the expression of and capacity for compassion and empathy is exactly what UC San Diego is known to do.”

Sanford, who also spends time in South Dakota, made his career in construction materials and financial services.