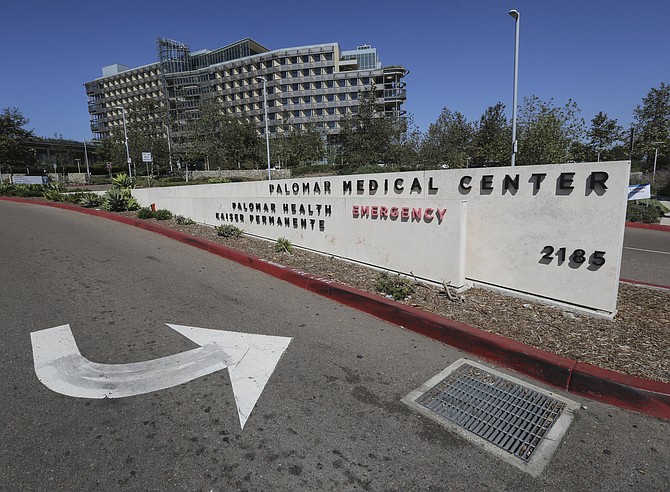 The outside of Palomar Medical Center Escondido. Palomar Health is looking to ink an affiliation agreement with Graybill Medical Group.

Palomar Health wants to deepen ties with a long-running physician group in a bid to control costs and closely coordinate patient care.

Graybill Medical Group and Palomar recently agreed to negotiate a formal affiliation agreement, a move that Palomar says isn’t so much about competition but nonetheless could ripple through North County’s health care landscape.

Under pressure from insurers and government policies to save money while hitting quality thresholds, Palomar and other hospitals have formed alliances with private physician groups like Graybill. They say these pacts allow them to better manage care to rein in costs and readmissions.

“If we are able to bring Graybill and Arch together, instead of competing with each other, then we're working together to provide greater access to patients in this district,” said Hansen.

“The more you can keep care within the walls of your family…the less it's going to cost you and the more you’re able to generate financially to take care of those patients,” said Ken Lester, executive director of Arch Health Medical Group.