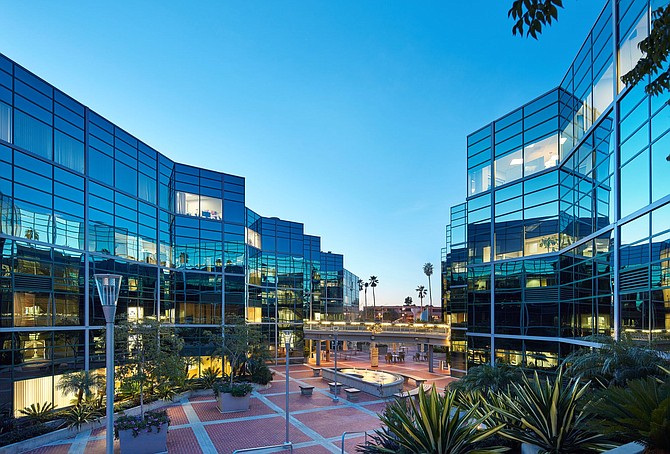 After first entering the San Diego County market in November, Longfellow Real Estate Partners based in Boston recently expanded its presence in the region with the $26 million acquisition of the Sycamore Creek Research Park at 10655, 10665 and 10675 Sorrento Valley Road.

“We found the market welcoming and the business climate excellent,” said Jessica Brock, a partner with Longfellow Real Estate Partners. “We look forward to many client relationships here as well as future growth on the West Coast.”

Brock said the company plans extensive renovation of the property, which it bought from West Coast Capital Partners.

Doug Lozier of CBRE represented West Coast Capital in the transaction and Longfellow represented itself.

At the same time that it acquired the research park, Longfellow named Newmark Knight Frank as its leasing partner on the Sorrento Valley property and as it further expands its San Diego portfolio.

The company first entered the San Diego County market with a splash in November 2018 when it bought 12 light industrial buildings in Sorrento Valley from Parallel Capital Partners for $112 million as its initial West Coast venture.

Attracting the attention of JLL Income Property Trust based in Chicago was a medical office campus in UTC, Genesee Plaza.

JLL recently acquired the two-building complex for about $90 million.

“The acquisition of Genesee Plaza is a strong fit for JLL Income Property Trust’s focus on medical buildings as they have historically featured higher tenant retention and delivered stable income,” said Allan Swaringen, company president and CEO. “Our focus on reducing risk within our portfolio as we get later in the current economic cycle stems from our investment objectives to deliver stable income and protect stockholder value.”