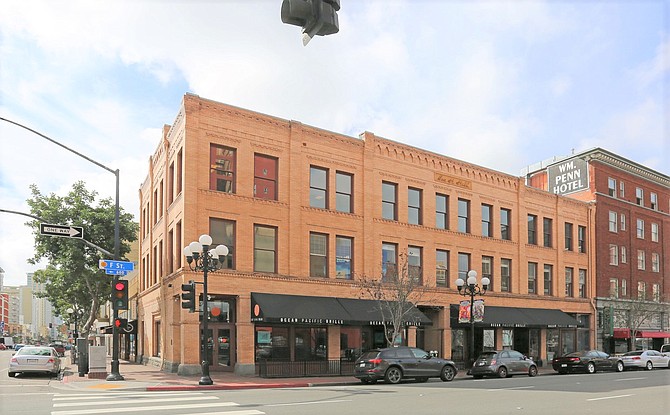 A historic mixed-use building in downtown San Diego’s Gaslamp Quarter has been sold to an undisclosed buyer for nearly $6.3 million.

The George Hill Building, 527-545 F St., was sold by Hill SD LLC, a subsidiary of Viewpoint Equities Inc. with Gregg Seaman as the managing partner.

It replaced the landmark Horton’s Hall, which was partially destroyed by fire, according to NAI San Diego.

The building was originally designed for five storerooms on the first floor, and thirty offices on the upper floors, according to NAI San Diego.

The new owner plans to renovate the top two floors of the three-story building into creative office space.

The bottom is leased long-term to a restaurant.

Representing the seller from Marcus & Millichap was Nick Totah, first vice president of investments at The Totah Group of the firm’s San Diego office.