After several false starts, a redesigned retail portion of San Elijo Hills Town Center that will include the final pieces of the more than 3,500-home community covering 1,920 acres in southwest San Marcos is nearing completion.

Ambient Communities based in Encinitas tore up plans for what would have been a fairly typical, cookie-cutter strip shopping center, replacing it with a collection of stand-alone buildings of varying designs with walkways weaving among them.

The goal was to produce a commercial center with a mix of retail shops and restaurants that would better reflect the community. “We said we need to build a unique center that has a distinct personality from what is out there,” Budinger said. “The idea is that each one of these buildings and taken together create a unique character. They’re not your typical retail design, which would be everything straight on. Every one of these buildings has angles. They’re four-side architecture. They have an architectural character to them that kind of talks to different times in the development of San Diego.”

Where one building has what Budinger said is a “Philadelphia-type of stone” façade, another was designed with what he described as “more of your ’50s architecture, art deco-type of thing” with roll-up doors.

“None of it is completely out of character with San Elijo. It’s not like we went and painted a building pink,” Budinger said. “Overall, it’s going to create a timeless sense of place. It just feels like something ‘Back to the Future,’ the movie, ‘Back to the Future.’”

Chris Orlando, who’s lived in San Elijo Hills for 17 years, said the redesigned center is “a definite improvement” over what was first proposed.

Orlando said that the revised center “integrates well” with the community that surrounds it.

“The way they set the buildings kind of angular toward the street and made them accessible by foot with parking in the rear created a really different look than if they had gone for a traditional center,” Orlando said. “It also creates some interesting walkways and places for people to sit outside.”

When finished, the San Elijo Town Center will have about 90,000 square feet of retail and restaurant space.

Construction will cost about $17 million.

The architects were Summa Architecture and Benson and Bohl Architects.

“We’re trying to create something that’s sustainable, that the community is going to embrace, that the retailers are excited about,” Budinger said.

Most of the project is on an oval portion of the site bracketed by San Elijo Road North and San Elijo Road South divided by Elfin Forest Road with a 19-acre park in the middle. Traffic flows around the oval in a one-way pattern.

“One of the things that had been missing in San Elijo Hills was that sense of place. Everybody loved where they lived, but they didn’t have that last piece that creates that sense of place,” Budinger said. “For these young families, this is what they’re looking for. They don’t want to drive long distances and they lover their community. They’d rather stay in their community.”

So far, about 90 percent of the buildings that are finished have been leased, Budinger said.

Demand for retail space was strong in San Diego County in the first quarter of 2019, according to CoStar, a real estate listing service.

For North County including San Marcos, the vacancy rate was 4.2 percent at the end of the quarter, according to CoStar.

The commercial brokerage firm CBRE reported that retail ended 2018 with overall leasing rates countywide the highest on record at $2.44 per square foot.

In addition to the retail shops and restaurants that Ambient Communities is building, the Town Center includes townhomes, an elementary school and a middle school. 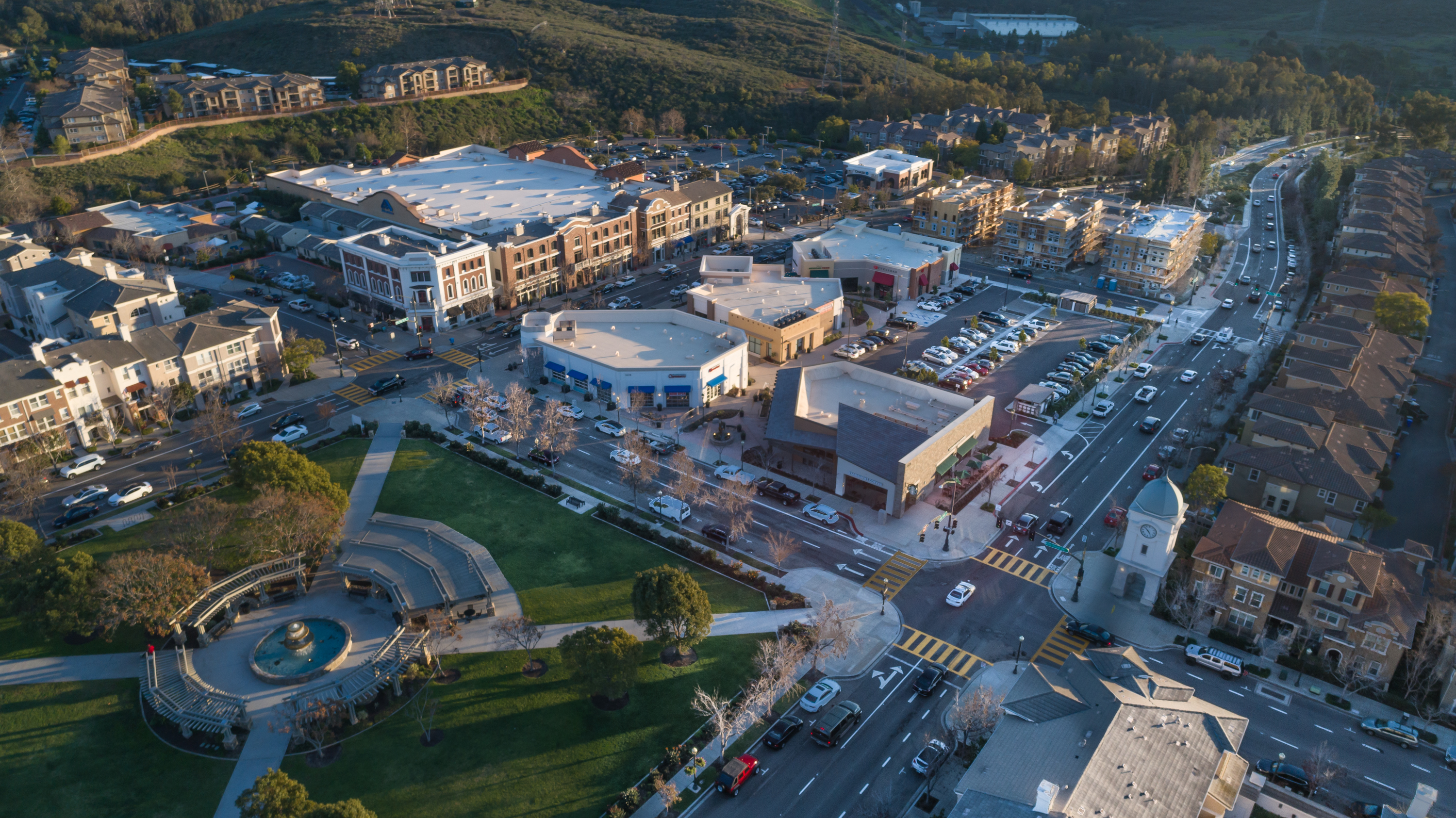 San Elijo Hills Town Center in San Marcos is part of a 3,500 home community. It is a mix of architectural styles designed with walkable space and places for people to gather. Photo courtesy of Generation NEXT Franchise Brands, Inc.