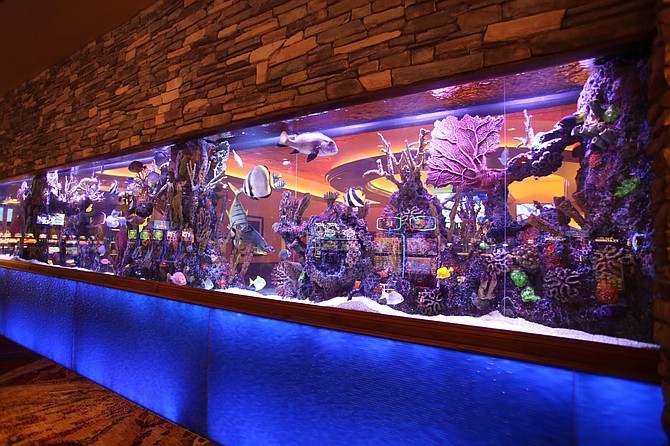 San Diego’s Valley View Casino & Hotel has completed its 18-month-long $50 million expansion. Founded in 2001, the San Pasqual Band of Mission Indians’ casino, located just east of Escondido and south of Temecula, held a ribbon cutting ceremony July 3 for the unveiling, according to the casino.

Swinerton Builders was the general contractor, and Delawie was the project architect.

“We are so excited for our guests to experience the all new Valley View Casino & Hotel,” said Bruce Howard, general manager of Valley View Casino & Hotel, via a statement. “We would like to extend our sincere gratitude and appreciation to all of our guests and to our 950 team members for being so patient and supportive with us during these past 18 months of construction. We look forward to welcoming our loyal, longtime guests and our new guests to San Diego’s newest, luxury casino and hotel.”

In the last few years, casinos in and around San Diego County have collectively invested north of $1 billion to revamp and/or expand their properties. This year alone, in addition to Valley View Casino & Hotel, the Jamul Indian Village’s Jamul Casino and the Sycuan Band of the Kumeyaay Nation’s Sycuan Casino Resort have or are projected to wrap up multimillion-dollar expansions. The Pala Band of Mission Indians’ Pala Casino Spa & Resort, located in Pala in the mountains near Fallbrook, is scheduled to complete its $170 million project in 2020.

In October of last year, the Viejas Band of Kumeyaay Indians completed its seven-year renovation and expansion of San Diego County’s Viejas Casino & Resort. In March 2018, The Pechanga Band of Luiseño Indians completed its $300 million, three-year expansion project of the Pechanga Resort & Casino, located in the Temecula Valley in Riverside County.

American Indian gaming is a big business in the United States.

Casino City Press produces an annual report on the industry. Its latest report, issued in October 2018, had industry statistics for 2016.

During that year, there were 246 Native American tribes operating nearly 359,000 gaming machines and more than 7,700 table games in 500 facilities across 28 states.