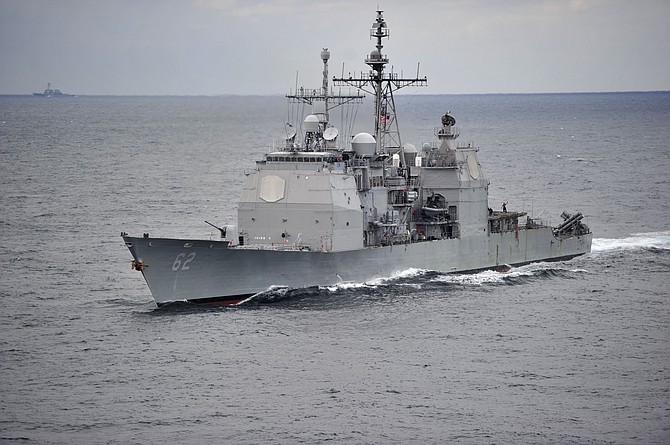 The USS Chancellorsville is an example of a U.S. Navy Ticonderoga-class cruiser. Maintenance work on certain cruisers and destroyers will be split among three San Diego shipyards under contract modifications issued by the Navy. Photo by Mass Communication Specialist 2nd Class Brandon Martin courtesy of U.S. Navy

The U.S. Navy inked ship maintenance agreements with three major shipyards in the Port of San Diego, announcing the contract modifications on Jan. 25.

The three shipyards may now bid on delivery orders for work on the ships over the next year. Work will cover complex, emergent and continuous maintenance as well as Chief of Naval Operations availabilities. An availability is a time-out in the ship’s schedule for maintenance.

The deals will have a cumulative value of $90.3 million.

The Southwest Regional Maintenance Center in San Diego made the awards.