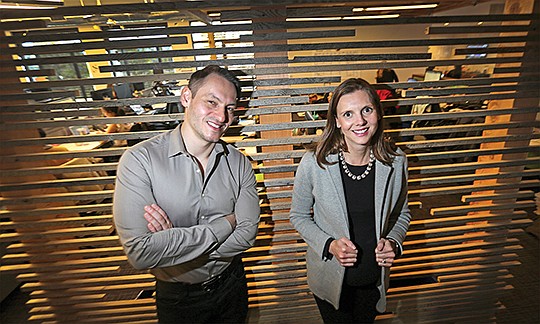 Jeffrey Jordan, president and executive creative director of Rescue Agency, and Kristin Carroll, CEO, have grown the company from 40 employees to 170 since 2014. Photo by Jamie Scott Lytle.

No. of employees: Approximately 170 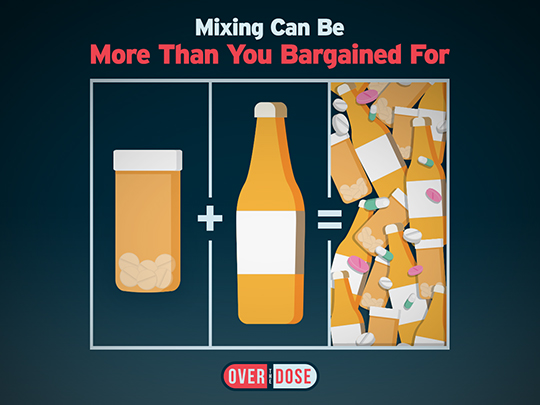 It was in the early 2000s, when he entered a proposal for an open-request to work with the state of Virginia on an anti-tobacco street marketing gig. At the time, Jordan had already launched Rescue and had spearheaded a number of campaigns as president and executive creative director. Similar to the Virginia program, his first contract was for an anti-tobacco push with the health department of Las Vegas while he was in high school. He landed the deal after volunteering for the agency starting in his sophomore year and was later, to his own bewilderment, hired by it.

During his pitch, Jordan, 34, recalls telling Virginia officials about how he got that first job at the age of 17 and what made it successful. “I was able to convince them that we weren’t reaching high-risk teens and that we were talking to teens that don’t smoke and probably won’t,” he said, assuring the state representatives that he would take the same approach to improve the campaign in Virginia.

The pitch worked and Rescue Agency won the $2.5 million, five-year contract. But it wasn’t just winning that mattered, it was who the agency won against that gave Jordan the self-assurance. Among the competitors — it turns out — was the reputable Golin public relations agency, most-famously known for working with McDonald’s for 60 years.

“At that point, it was obvious we had something real, something so unique that someone was willing to hire us instead of this established PR agency,” the Peruvian immigrant said.

The win, and many others that have followed, wasn’t by chance. Rescue Agency has a very intentional practice of honing in on target audiences through intense research that goes beyond demographics. It’s not just about what race or what sex the user is, says Jordan, it’s about taking a more microscopic look at who the abusers are and connecting to those groups in a more effective and accurate way.

With approximately 170 employees and five offices around the country, Bay Park-based Rescue Agency is one of the largest agencies and one of the fastest-growing private companies in San Diego, according to the San Diego Business Journal’s 2019 Book of Lists. In 2017, Rescue Agency’s revenue was $69 million and the company had a growth of 134.8 percent between 2015 and 2017.

While Rescue Agency does work with nonprofits and school districts, it has made its name mostly through its anti-tobacco work with government agencies throughout the country. Rescue has offices in Los Angeles, Sacramento, Albuquerque, New Mexico, Atlanta, Georgia, and Washington, D.C., because it works closely with those markets. To name one, a marquee campaign for the Rescue Agency was with the state of Wyoming to prevent under-age drinking. Jordan says, on average, most of the company’s contracts run three to four years and tend to get renewed, adding that some of the Rescue campaigns have been running for more than a decade.

Heather Honea, marketing professor and department chair at San Diego State University, says Rescue Agency has been very “cutting-edge” in its messaging and that has been instrumental to its growth.

Persuasion and influence have always existed in marketing, she explains, but the company has taken that approach to address social change issues.

“That has been the most impressive thing they’ve done,” she said, “applying the most innovative models of marketing to this social change domain and that historically hasn’t been the case.”

At the age of 17, Jordan became interested in marketing after a friend brought him along to volunteer at the health department in Las Vegas; he lived there at the time before moving to San Diego in 2005 to attend UC San Diego for his master’s in experimental psychology. While volunteering, Jordan observed the department working with another agency on a national tobacco prevention campaign. He felt he could formulate a better program.

Because he was still underage, his father helped him register his own business. By the time he was 18, with the help of some friends who knew graphic and web design, he had convinced the health department to continue Las Vegas’ anti-tobacco push with his fledgling agency.

Jordan says there are other social change-focused advertising companies that have popped up nationally since the inception of Rescue Agency, but, despite competition, his firm continues to grow.

Rescue’s aim is to always identify the smaller group and to speak its language. For example, the agency is currently working with the Vermont Department of Health on an opioid-abuse campaign called “Over the Dose.” According to Jordan, a standard advertising agency might launch a campaign that may relay the basic message: you are going to overdose and you are going to die. But, the truth is, most people don’t even know Percocet is an opioid, he says, because they were prescribed the drug by a doctor and may have even been using it for 10 years. The other part is that it may not be one target audience that is using the drug, which means one approach may not work for all.

“Young adults are using drugs without prescriptions, when they are partying, mixing it with alcohol,” he said, and those people need a whole other type of messaging.

“We get a deeper understanding and it is what makes us more effective than just hiring a standard advertising agency,” said Jordan. “This is not just about treating awareness. We are pushing our clients, our research and our strategy to be different than what is out there.”

Kristin Carroll, Rescue Agency’s CEO, attributes the company’s success to its ability to effectively focus on its intended recipient.

“We do a lot of research on how behavior affects individuals, what are triggers for people and what are the opportunities for change,” she said. “We get an intimate understand of the target audience and we use modern technology to reach people inside of their own lives in ways they can relate to.”

Carroll also adds Rescue’s understanding of the media landscape, its talent in reaching people and the work it does to understand the issues around a public health challenge are other factors that have contributed to the firm’s overall success.

After growing the company to about 40 people, Jordan hired Carroll in 2014 when Rescue Agency landed a $150 million multi-year contract with the U.S. Food and Drug Administration for tobacco prevention.

“That contract required a significant amount of growth over a course of three years,” said Jordan. “I knew I could no longer do everything. We needed an expert in the field on how to build a bigger organization and it had to happen quickly.”

Since joining the team, Carroll has helped grow Rescue Agency by 130 staff members in departments like human resources, finance, client services and the creative department, among others.

Although the company does work around the country, it still has a foot in the local scene. Mainly, Rescue has worked with San Diego Unified School District for about six years in running after-school programs for at-risk high school students. The “ImIn” campaign works to encourage kids to participate in programs that will — it is hoped — help them be better students and, overall, better prepared for life, says Jordan.

And, Rescue Agency isn’t afraid to share its wealth of knowledge. In 2016, frustrated with the content of conferences about advertising and social change, Jordan and Carroll launched the Biennial Agents of Change Summit. The purpose is to bring together government agencies like the Centers for Disease Controls and the FDA and technology giants like Google, Facebook, Twitter and Tumblr together to more successfully cause behavioral and social change, says Jordan. In 2016, the summit had about 300 attendees. In 2018, it grew to 500. In 2020, Jordan projects there will be approximately 700 in attendance.