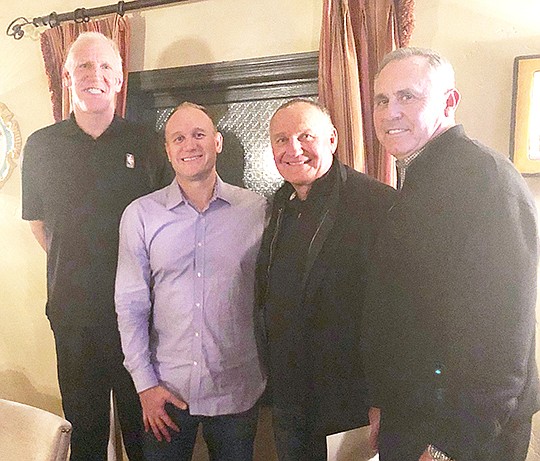 “Bill has his heart in the right place,” Boys & Girls Club CEO Brad Holland said. “He was so generous in offering up not only one, but two dinners to our highest bidders. The money raised will go a long way in helping Carlsbad’s kids.”

Local Carlsbad resident and club alumni Greg Nelson bought the dinner, and invited ten of his Carlsbad High School and San Diego State University basketball pals to join him for the special evening.