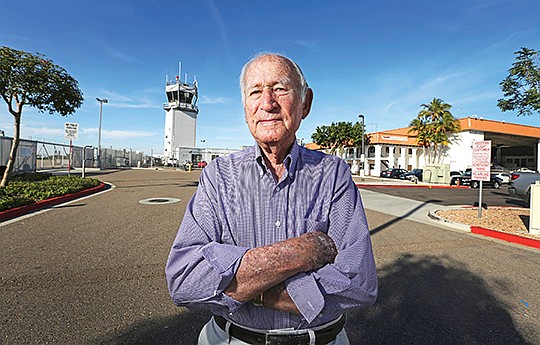 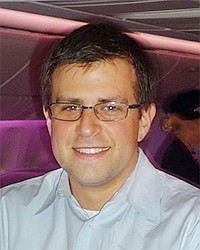 Brett Snyder, president of Cranky Concierge, an air travel assistance service headquartered in Long Beach, says the events leading up to the stationing of the airline this month are detrimental for the company’s outlook. Photo courtesy of Brett Snyder 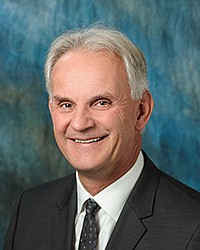 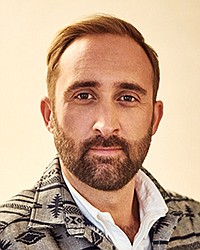 Henrik Zillmer, CEO of AirHelp, an air passenger rights company, agrees that customer sentiment and quality of service can have a “major impact on an airline’s overall image.” Photo courtesy of AirHelp

In its long story yet thus far stunted trajectory, California Pacific Airlines, the commercial service carrier owned by 97-year-old entrepreneur Ted Vallas, has had nothing short of a bumpy ride.

After attempting for a decade to get the company off the ground due to numerous delays at both the federal and local government levels, including problems with getting required certifications from the Federal Aviation Administration, the airline finally debuted Nov. 2. The inaugural flight from McClellan-Palomar Airport to San Jose was originally scheduled for the previous day but was cancelled due to what a spokesperson said were “logistical issues.”

More cancellations followed in December, this time because of mechanical problems, and the airline formally announced it would suspend the Carlsbad operation for the entire month of January due to a nationwide pilot shortage, casting a shadow over the fledgling carrier’s future. Now, industry experts are skeptical of California Pacific’s prospects and say for it to survive, the airline will need to restore consumer confidence. Those same analysts suggest the reasons behind the airlines’ inopportune sequence of events and current grounding are numerous, including a poor debut timing due to the pilot shortage, the use of an old fleet, and the lack of competitive prices when compared to other San Diego air carriers.

George Belch, San Diego State University marketing professor and senior associate dean of the Fowler College of Business, says the biggest issue the airline faces is the safety concern — both business and leisure travelers want to feel a sense of security when they fly. This is, in large part, due to the airlines’ small fleet of 50-seat Embraer regional jets, which are 15-plus years old.

“You have to have (the safety aspect) completely figured out before you roll out,” he said. “Safety is paramount when it comes to flying.”

He adds there is credibility concern as well, stating: “People don’t want to book a flight that will potentially get canceled and have them scrambling and overspending last minute.”

Brett Snyder, president of Cranky Concierge, an air travel assistance service headquartered in Long Beach, says it is hard enough to start a new airline, especially when taking into consideration the other bigger airlines that service this part of the country.

California Pacific “has an uphill battle in trying to compete against them as it is,” he said. The airline came with the promise of more convenient flights for North County, but the problem is there isn’t enough frequency, he added. So, even if it is more convenient, it is only more convenient at very specific times. “The rest of the time, people are driving down to San Diego International.”

Snyder says the events leading up to the grounding of the airline this month will be detrimental for the company’s outlook. Even if it is able to solve the mechanical issues, he says, when you shut down for a month, people just won’t trust you.

Additionally, launching during a time in which pilot shortage is a concern probably wasn’t the smartest move, adds Snyder. It’s not only an issue for small airlines, it is a problem for big airlines, as well, he says. He adds that changes in the laws that affect how many flying hours pilots are required to have and wages getting cut has kept future professionals from going down that career path.

“Pilots have to pay their own way and scrap and save to complete these hours,” he said, “and basically live in poverty until they can get paid a decent wage.” There is also a large amount of pilots that are hitting the federally-mandated retirement age of 64, all of which has made it difficult for airlines to attain and retain pilots, he says.

Mechanical and pilot issues aside, Snyder adds that California Pacific has, and continues to have, other problems with its overall execution. First, he says the airline can’t compete on price, especially with the bigger players that are popular in San Diego, including Southwest Airlines and Alaska Airlines.

He also says that, since the temporary closure, the airline prompts customers to make reservations online and then call the carrier to make a payment due to a switch in payment providers, which is both complicated and antiquated.

“I think (California Pacific Airlines) tried to come up with a different method because credit card companies probably had a 100 percent hold back,” he explained. “That means (the airline) won’t get paid when tickets are sold, but, when the (purchasing passenger) actually flies. It just doesn’t sound like a company you want to do business with.”

SDSU’s Belch says if California Pacific Airlines has any shot at redemption, it will have to return with a strong marketing and public relations campaign.

“Something that says, ‘we are here, we’ve got our issues resolved and we can confidently move forward’,” he said. “They can also do some promotions — people usually respond to that. They are in a unique situation, flying out of a location that is convenient for people in North County. That is an asset. But, no doubt, they are struggling so far to get this operation on the right track.”

Henrik Zillmer, CEO of AirHelp, an air passenger rights company located in Germany, agrees that customer sentiment and quality of service can have a “major impact on an airline’s overall image.” He says while there is no tried and true answer as to how California Pacific will be able to maintain a positive image, offering passengers “vouchers for new flights, compensation or other financial benefits and incentives can help wronged travelers feel better about their situations.” He goes a step further, saying the airline should consider helping travelers book flights on other

This way, passengers do not fully miss out on their travel plans, he says, adding that “proactive measures and transparency could help California Pacific Airlines to gain consumer trust.”