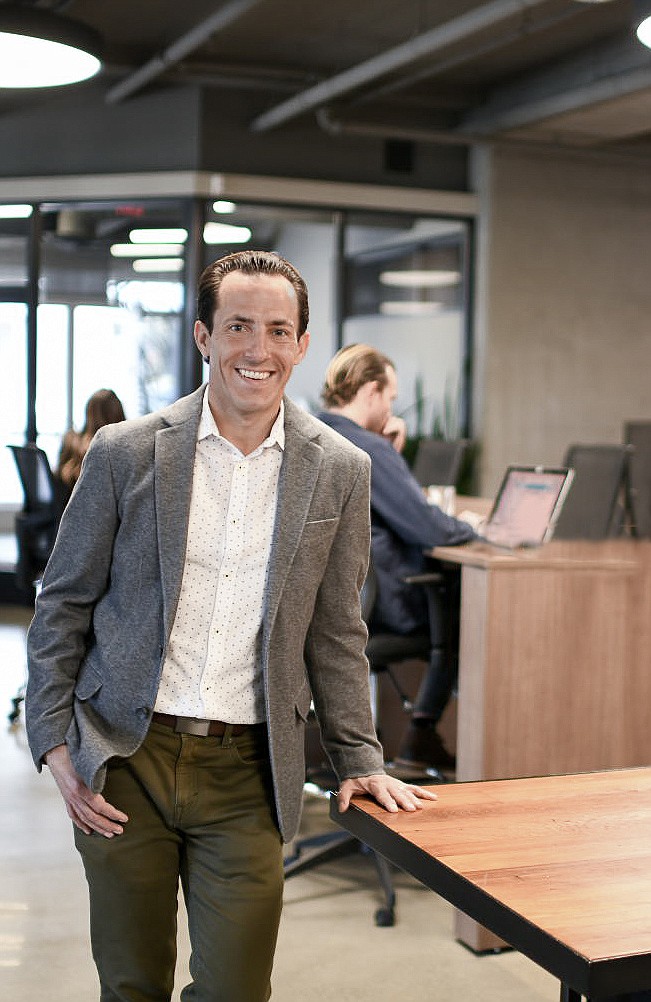 Jacob Bates, CEO of CommonGrounds Workspace, said the company plans to add 50 new locations in the next two years.

Now, the Carlsbad-based coworking company is chasing after a much bigger goal, with plans to add 2 million square feet across 50 locations in the next two years.

“CommonGrounds’ enterprise-grade workplace design fosters an enriched work-life environment engineered to help companies to attract and retain talent,” CommonGrounds CEO Jacob Bates said in a news release. “These tailored solutions have the look and feel of a company branded workplace. The result is a competitive advantage for the member companies and a gratifying, collaborative atmosphere in which their employees can thrive and contribute at a high level.”

CommonGrounds opened its first workspace in 2017, just next to Carlsbad’s Poinsettia train station. It currently has a total of 260,000 square-feet under contract, with locations in San Diego, Los Angeles, San Jose and Denver.

The company’s 50 planned locations include nine sites that are under construction and slated to open this year. In San Diego, one of the soon-to-open sites will be downtown.