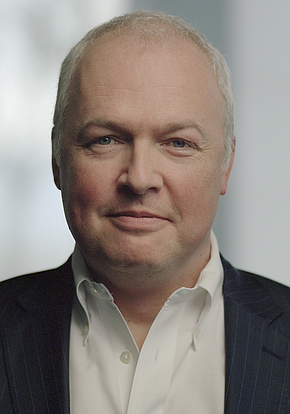 Ratzesberger was named Teradata’s first COO in 2018, managing the company’s global operations and leading its strategy to bring its products to market. He has worked for Teradata since 2013, when he joined the company as its senior vice president of software.

Prior to that, Ratzesberger headed up Sears’ and Ebay’s analytics businesses.

“I am honored to serve as the next CEO of Teradata as we continue to challenge the market’s perceptions of how data can lead to answers and deliver the industry’s only pervasive data intelligence solution,” Ratzesberger said in a news release. “Over the last few years, we have revitalized Teradata by making significant advancements to our offerings while also working to transition our business model to provide the subscription-based services our customers prefer.”

Ratzesberger has seen Teradata (NYSE: TDC) go through several big transitions during his tenure with the company. In recent years, the company has shifted from a data-warehousing company to a software-as-a-service model, a strategy that has paid off so far.

Last October, Teradata announced it would move its headquarters from Dayton, Ohio to San Diego, where most of its executives—including Ratzesberger—already resided. The company employed about 1,000 people at its Rancho Bernardo campus, with plans to hire 200 more.

Former Teradata CEO Victor Lund will become executive chairman of Teradata’s board of directors. He had served as the company’s chief executive since 2016.

With Lund’s appointment to executive chairman, Teradata’s board appointed Michael Gianoni as independent lead director. Gianoni has served on the company’s board since 2015.

Lund said that Ratzesberger was a “natural choice” for the company’s next CEO.

“As we continue to successfully execute on Teradata’s strategic transformation, including the pivot to a subscription model, which is showing up in our financial performance, now is the right time for this leadership transition and Oliver is the right person,” Lund said in a news release. “It has been my privilege to lead a company that has such a strong foundation and bright future ahead. The employees at Teradata are world class, and the value that we are providing to the most visionary companies in the world has and will only continue to grow.”