Jan Caldwell, who has sat on Scripps Health’s board since 2012, was named board chairman, it was announced Jan. 14. 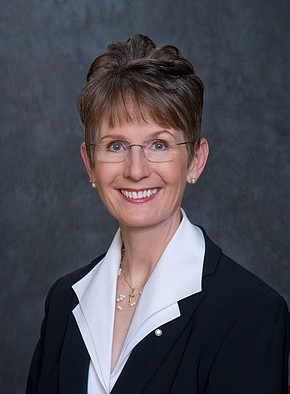 In 2006, Caldwell retired as a special agent from the FBI after a 32-year career. She took part in major investigations, including the 9/11 terrorist attack on the Pentagon, the crash of Trans World Airlines flight 800 off the coast of New York and the bombing of the Alfred P. Murrah Federal Building in Oklahoma City.

After the FBI, Caldwell became media relations director of the San Diego County Sheriff’s Department, retiring from the position in 2016, though she still works part time on Sheriff’s community relations.

“She brings a unique blend of expertise and compassion that will be tremendous assets as Scripps moves forward during a time of great change in health care,” Scripps Health President and CEO Chris Van Gorder said in a news release.

Caldwell is also on the boards of San Diego County Crime Stoppers and San Diego Rescue Mission. She earned her master’s degree in organizational management and bachelor’s degree in clinical abnormal psychology, both from the University of La Verne in Los Angeles County.