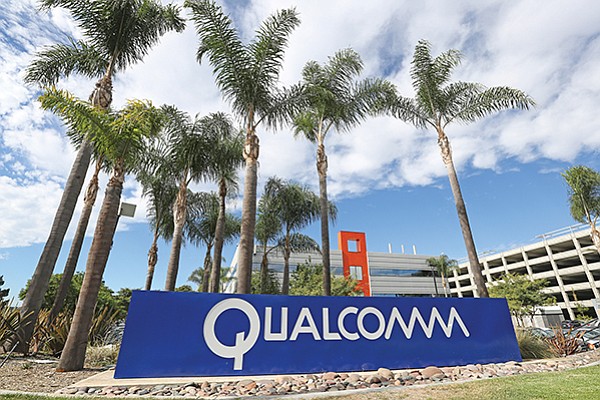 Court documents unsealed on Monday showed that Qualcomm paid $1 billion to Apple before the company began exclusively using its chips. The payment could end up being an important part of the Federal Trade Commission’s antitrust case against Qualcomm, which went to trial on Jan. 4.

The FTC is challenging Qualcomm’s “no license no chips” policy, which it argues led to Qualcomm’s customers accepting elevated royalties and other unfavorable license terms. The FTC is pointing to the five-year exclusive licensing agreement between Apple and Qualcomm as a means for the latter to edge out the competition.

However, Qualcomm CEO Steve Mollenkopf painted the deal in a very different light, according to court documents. In his testimony on Jan. 11, he characterized the $1 billion as an incentive payment that Apple requested before using Qualcomm’s chips, to help cover the cost of transitioning from the Infineon chip its iPhones used at the time.

According to Reuters, while Mollenkopf said these types of payments are common, the price tag was not. Since Apple did not provide Qualcomm with any guarantee of how many chips it would buy, Qualcomm sought an exclusivity arrangement to recoup the incentive costs, Mollenkopf said.

After some debate over whether the billion-dollar deal was sealed, Judge Lucy Koh, who will deliver the final verdict in the bench trial, ruled to unseal documents mentioning the figure.

Monday’s testimony also revealed just how much Apple was paying over the disputed license fees. The phone-maker was paying a reduced royalty rate of $7.50 per iPhone, negotiated in its agreement with Qualcomm. But Apple COO Jeff Williams said the company had sought to pay much less — about $1.50 per iPhone, or 5 percent of the cost of a $30 modem — according to CNET.

The $7.50 negotiated amount was still much less than Qualcomm’s standard licensing fee of 5 percent of the total cost of a device, which would range from $12 to $20 per iPhone. Qualcomm, and some of its peers, charge licensing fees based on the total cost of a device, saying it’s fair since the technologies they research allow phones to connect to networks and perform other essential functions.

Apple and other phone-makers say the fees should be lower, as the total cost of their devices also reflects features developed in-house. Those tensions over licensing fees have boiled over to a multibillion-dollar legal battle between Apple and Qualcomm, with Apple phasing out Qualcomm’s chips from its future devices starting in 2017.

The result of the FTC’s case against Qualcomm will likely be a key deciding factor in the litigation between the two tech giants. Qualcomm has seen patent victories against Apple overseas, resulting in an iPhone ban in China, and one in Germany that was overturned, but the outcome of the FTC’s case may ultimately determine whether the two companies reach a settlement.

More broadly, the case could also affect how Qualcomm licenses its technologies to Samsung, Huawei, LG and other customers. Though a $7.50 fee might not sound like much compared to a $700 or $1,000 phone, Qualcomm’s licensing businesses brings in a significant chunk of the company’s revenues. Last year, Qualcomm Technology Licensing brought in $5.16 billion — roughly 23 percent of Qualcomm’s revenue.

Closing arguments are set for Feb. 1. The case, Federal Trade Commission v. Qualcomm Incorporated, is being tried in the U.S. District Court for the Northern District of California, San Jose.

UPDATE: This article has been updated to reflect that a ban on the sale of older iPhones in Germany was overturned on Jan. 15