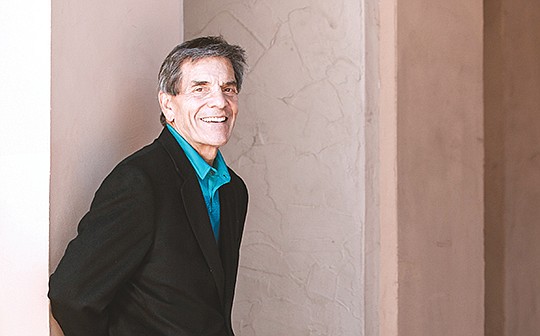 Tom Liguori, a San Diego-based entrepreneur-turned-artist, recently announced that in a little over a year, he’s donated $175,000 to charity through purchases of his artwork in the past year.

Liguori began selling his large-format holographic art in March 2017. As a seasoned and successful businessman, Liguori developed his own process for cellular art, after six years of research and development.

Liguori and his father founded a mail order manufacturing business, National Pen Co., which grew to more than 2,000 employees during his 32-year tenure. After selling National Pen, Liguori started a venture capital business and secured more than two dozen patents.

In 2012, Liguori created a vibration-free, underground studio which he nicknamed the “cave,” and began experimenting and innovating with holographic art. As people commissioned him for pieces, he decided to turn his artwork into a not-for-profit passion and 100 percent of proceeds from art go to Rady Children’s Hospital, the Gary Sinise Foundation and Mercy Ships.

Liguori said: “I’m honored to produce art I’m passionate about and have the opportunity to give back and support incredible organi zations that serve children, veterans, and communities in need both locally and around the world. My goal is to donate more than $1 million to these and other charities in the next five years.” Visit tomliguori.com.