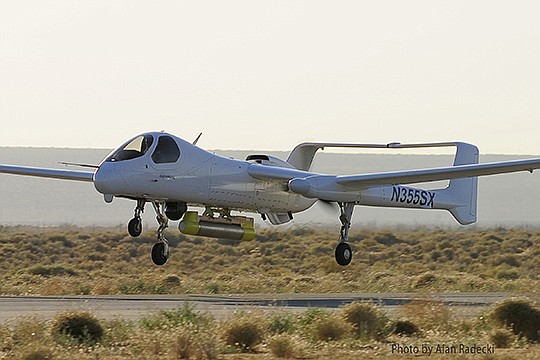 San Diego’s aerospace community was established long before Lindbergh took off for Paris, and it’s poised to make more headlines in 2019. Look for news among the makers of unmanned aerial vehicles.

Northrop Grumman Corp. has been quietly continuing development of its Firebird military aircraft, which is capable of unmanned flight. Firebird might emerge as a competitor to General Atomics Aeronautical Systems Inc.’s Predator (which GA-ASI builds in Poway). Both are MALE aircraft — that is, medium altitude, long endurance — and Predator is the market leader.

Firebird is “optionally manned.” It has a cockpit for an onboard pilot, or its owners can easily convert it to fly without a pilot on board. One published report suggests Firebird might be more attractive to foreign markets because of that flexibility. To get Predators to their bases, the U.S. Air Force frequently breaks down the aircraft, separating the wings from the fuselage, and ships the disassembled aircraft on a large cargo transport. Nations without a fleet of transport planes can simply put a pilot in the Firebird’s cockpit and fly it to a base near a global hot spot, where they can convert it for unmanned operation.

Rancho Bernardo is where Northrop Grumman (NYSE: NOC) concentrates work for its unmanned aircraft. Northrop’s work on the heavy bomber for the Air Force also reputedly involves unmanned systems — but don’t expect too much news. Little emerges because the program is so secret. The B-21 Raider is expected to fly combat missions in the mid-2020s.

The aerospace community is on a hiring push as its baby boomer workforce retires. The complexion of San Diego aerospace is changing as Collins Aerospace (a unit of United Technologies Corp.) phases out manufacturing at its Chula Vista plant. Still, the iconic South Bay plant will remain the engineering and management hub of its business building engine shrouds (or nacelles).