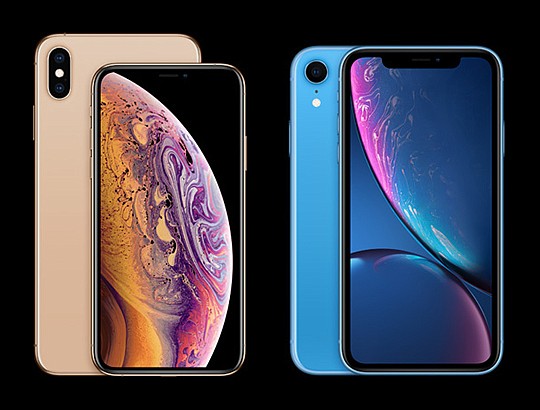 Qualcomm Inc.’s lengthy licensing dispute with Apple Inc. may finally come to a conclusion in 2019. Photo courtesy of Apple

Qualcomm Inc. and Apple Inc. have been trading shots since early 2017 over the San Diego chipmaker’s licensing fees. The lengthy, multibillion-dollar legal battle is expected to reach a conclusion this year.

In 2017, the Federal Trade Commission filed a lawsuit against Qualcomm for “anticompetitive tactics,” alleging the chipmaker forced phone manufacturers to pay elevated royalties and refused to license standard-essential patents to its competitors.

Shortly after, Apple Inc. filed its own case against Qualcomm, saying the chipmaker owed it $1 billion in rebates. In turn, Qualcomm claimed Apple owes it more than $7 billion in licensing fees.

In total, the two companies have filed more than 50 lawsuits against each other, escalating to a scorched earth battle, with Apple saying a settlement is not on the table. But that may change soon.

Qualcomm won two decisions in China and Germany, where it secured a ban on earlier iPhone models — including the iPhone 7 and iPhone 8 — found to violate its patents. In China, Apple is trying to dodge the ban by updating the software of these devices, so they no longer use the technologies in dispute.

In a research note, Wedbush Securities Managing Director of Equity Research Daniel Ives estimated the ban would impact about 10 to 15 percent of Apple’s sales in the region.

Qualcomm will face its biggest legal hurdle back in California. The FTC’s case against the chipmaker was slated to go to trial on Jan. 4, with District Judge Lucy Koh deciding whether Qualcomm’s licensing practices violate antitrust law.

The 10-day trial could ultimately shape how Qualcomm is able to make money off of the technologies it develops, which bring it billions of dollars in licensing fees every year — but also allow devices to connect to a network.