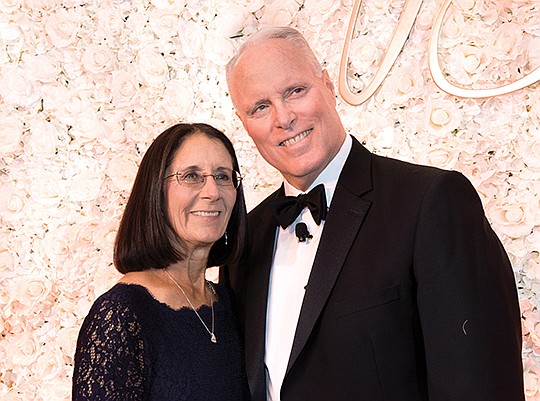 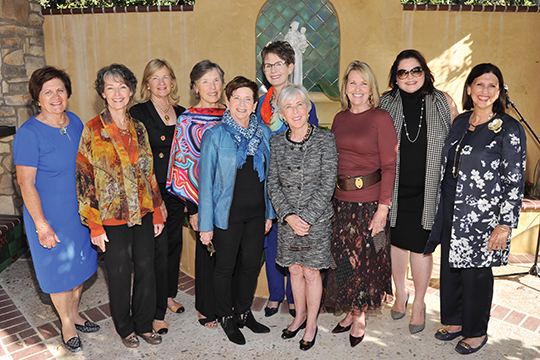 One hundred of San Diego’s influential women converged for the National Conflict Resolution Center’s inaugural women’s changemaker luncheon to discuss civility and action plans toward a brighter future for the communities NCRC serves. The luncheon was held at the home of member, Ann Navarra. Navarra, the 2018 recipient of the Convivio Communitas Award for Leadership for her commitment to education, quality health care and the dedication to excellence which defines her family’s entrepreneurial legacy (Jerome’s Furniture). Convivio is a San Diego nonprofit dedicated to promoting Italian arts, culture and heritage, through education and research, while embracing an innovative approach to cultural advancement.

NCRC is partnering with schools and law enforcement to transform San Diego’s juvenile justice system and avoid the “school to prison pipeline.” NCRC’s groundbreaking restorative justice model keeps youth in school and out of jail, builds and strengthens communities, and helps heal victims of crime.

NCRC was founded in 1983 by the University of San Diego Law Center and the San Diego County Bar Association. NCRC is recognized as an international leader in mediation instruction and conflict resolution. Visit ncrconline.com. 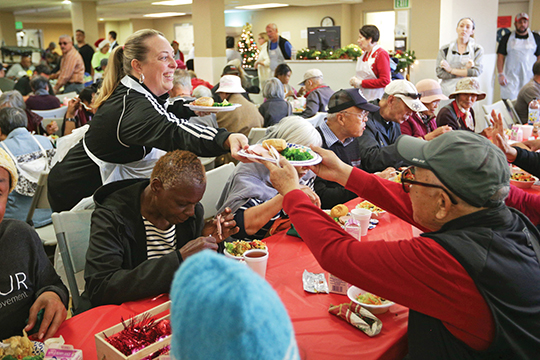 Delivering a Meal And So Much More

More than 1,000 of San Diego’s homeless men, women and children gathered at the San Diego Rescue Mission recently for the Christmas Outreach Meal. This is one of three times in the year when the San Diego Rescue Mission opens its doors to the homeless community to celebrate the holidays. More than 250 volunteers assisted throughout the day and served these individuals a holiday feast consisting of ham, potatoes, vegetables, salad and dessert. In addition, individuals were offered hygiene kits and knit hats. These individuals and families living on the streets were given information on the Rescue Mission’s life-changing programs. San Diego’s homeless enjoyed a home-cooked meal, entertainment, and a chance to celebrate holiday festivities. Visit sdrescue.org. 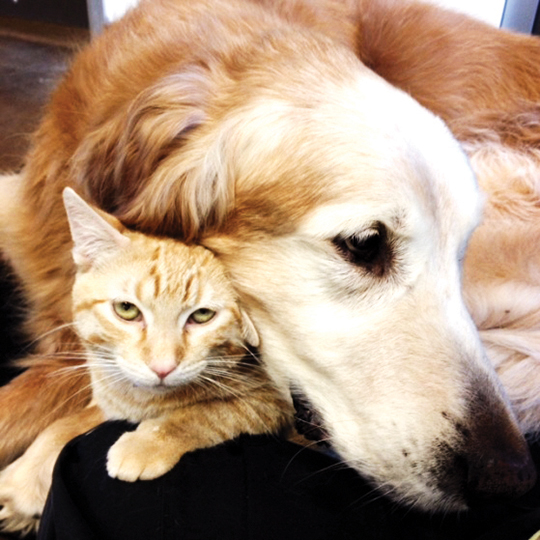 Dan Walker, a 3.5 year old cat, was pulled from the streets of Tijuana missing his two back feet in addition to severe wounds on his back legs. After rehabilitation at the center, his foster — turned permanent “mom” — Stacey Agan immediately saw a love for people in Dan and had him tested into the center’s PET program where he passed with flying colors. Right now, Dan is one of just two cats in the PET program. In the last 25 years, there have only been six who have met the high standards of the program.

Explaining the special gift of bringing a cat into one of the center’s PET’s facilities, Robin Cohen, PET manager said: “A cat like Dan Walker is so rare that he can make the wishes of clients come true.”

PET is on track to providing 25,000 animal interactions this year. 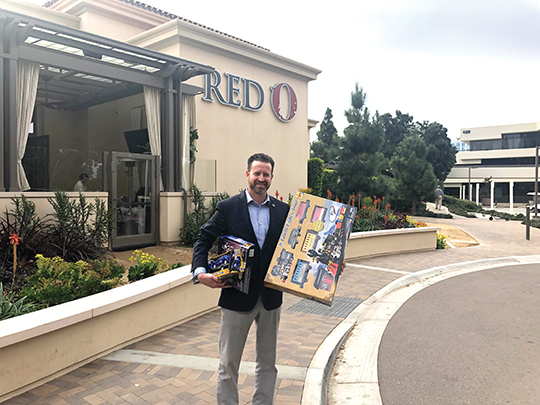 Each guest who brought in a new and unwrapped children’s toy, received a free appetizer or dessert during their next Red O visit. Some of the sick children of Rady Children’s Hospital’s are unable to spend their Christmas at home, as many are faced with chronic illnesses and life-threatening diseases.

Rady Children’s Hospital is the only hospital in San Diego dedicated exclusively to pediatric health care and is the region’s only designated pediatric trauma center. Its facility is a major pediatric clinical research center that works in collaboration with world-renowned institutions, including UCSD and St. Jude Children’s Research Hospital.

Rady Children’s Hospital said in a statement that this was its first year for a toy drive and that “seeing the smiles on these children and families’ faces, who may be otherwise in the hospital for Christmas was just amazing. We’re very thankful and appreciate to Red O for stepping up to the plate to do this.”