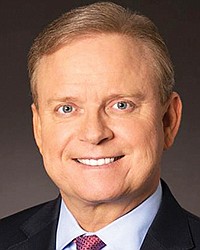 Sharp HealthCare, San Diego’s largest hospital system, will soon have a new person at the helm.

After 22 years at Sharp Healthcare, CEO Mike Murphy will retire in March. During his time at the post, Sharp’s revenue grew from $745 million in 1996 to $3.47 billion today.

Sharp reported operating income of $151.1 million in fiscal year 2017, down nearly 50 percent from the previous year, amid increases in salaries and benefits, along with flat patient volumes. Yet another factor was a $28 million year-over-year drop in a Medi-Cal provider fee, due in part to volatility in Sharp receiving money owed.

Murphy isn’t the only person departing. Daniel Gross, Sharp’s executive vice president of hospital operations, has announced he’ll retire in early 2020. A successor has yet to be named.