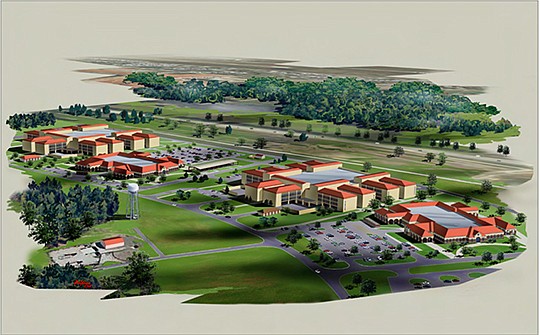 The deal calls for Harper to build one 960-bed barracks and two barracks of 240 beds apiece. The contract calls for the buildings to have a 50-year life and to be energy efficient. Special foundations will be needed for the clay soil of Oklahoma. Nineteen buildings at Fort Sill, comprising 111,000 square feet, will have to be demolished, according to a project synopsis.

The two-year construction project will wind up in December 2020. The U.S. Army Corps of Engineers at Tulsa, Oklahoma, awarded the contract, announcing it Dec. 14. There were two bidders.

In September, Harper received a $44.1 million contract to repair a basic training facility at Fort Sill that the Army calls a “starship barracks.” Harper was among eight bidders for that project. The deal calls for repairs to water, sewer, gas, heating and air conditioning, lighting and electrical systems, as well as interior finishes and furnishings. The deal also calls for the demolition and conversion of dining facilities to classrooms.