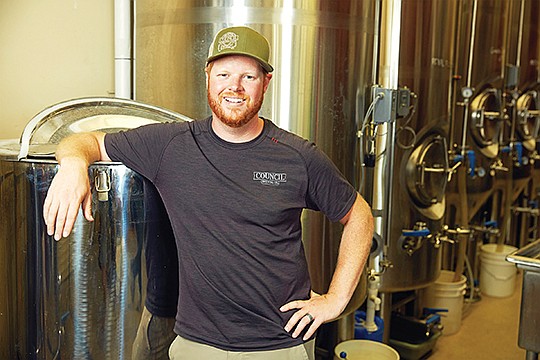 Just seven months after opening its second location — a tasting room in Santee — Council Brewing Co., founded in 2014 and headquartered in Kearny Mesa, has officially — and sadly — closed.

“I attribute most of it to saturation,” said Curtis Chism, co-founder of Council, who started the company with wife and Council brewmaster, Liz Chism. “Our tasting room sales began falling quite a bit starting in May at our Kearny location (at 7705 Convoy Court), and then in the Santee location (9962 Prospect Ave.) after a good first two months. Then our distribution channels all started to fall off around the same time. Before we knew it, we were out of money.”

According to the San Diego Tourism Authority website, there are more than 120 breweries in San Diego County.

In October, after months of declining sales, Chism and his wife began considering ways to exit the Santee location and keep Kearny Mesa location open, but nothing came together. “We had to make a decision to shut down,” Chism said. Santee shut its doors on Dec. 14 and Kearny Mesa on Dec. 15.

Chism cited the changing tastes of millennials as a factor in the closing. He said the shift in preference from craft beer to craft spirits and wine — or no alcohol at all — has had an impact on breweries. Chism said that the legalization of marijuana might have affected the industry as well. He thinks more people are turning to marijuana as a pastime than ever before.

Chism says a lot of the breweries in town are concerned about the craft beer industry, which may be plateauing.

CraftBeerinSanDiego.com, says that 30 craft beer locations closed in San Diego County between the beginning of 2016 and July 2018. This includes La Jolla Brewing, Oceanside Ale Works and O’Sullivan’s, among a list of others.

Chism says he is currently working on selling the two breweries as turn-key operations.

“This is the primary goal right now,” he said, adding that he and his wife will take a few months off following the sales to travel and reset. “It’s been six and a half years. It’s been pretty intense — lots of ups and downs, stress, etc. So, hopefully, we can make that happen.”