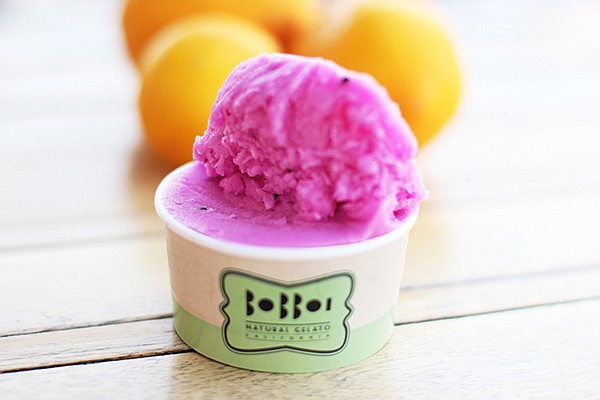 So far in 2019, San Diego County isn’t running dry in terms of rain or in terms of food options.

From Farmer’s Table to Toast Gastrobrunch, the region has seen a surplus of restaurants open since the year kicked off. Here is a roundup of some new spots and expansions in the San Diego market in the last couple of weeks.

Luna Grill founders, Maria Pourteymour and Sean Pourteymour, are keeping up with their promise of opening multiple locations of the luxe-casual company-owned chain restaurants this year, and they have kicked the expansion plan off with the Mediterranean eatery’s 49th location at Paseo Del Sur.

Founded in 2004, Luna Grill has locations throughout Southern California and the Dallas-Fort Worth area. A 50th location is already under development as part of Sycuan Casino’s $226 million expansion. In 2015, the San Diego Business Journal reported Luna Grill had an annual revenue of $27 million. The company’s target growth rate is 25 percent to 30 percent per year, or 10 to 15 new restaurants annually, according to the Pourteymours.

Mission Hills’ headquartered Blue Water Seafood Market & Grill, known for its fresh, organic offerings, has opened its second location, this time in Sunset Plaza in Ocean Beach. The new space, bigger than the original, features a full seafood market stocked with fresh fish, shellfish, smoked fish, lobster bisque and more as well as family-style seating inside and an outdoor patio with views of the Pacific Ocean.

The restaurant offers a customization option, through which patrons can pick their choice of fish and marinade to be prepared as a sandwich, a salad, a plate or a taco. A favorite so far is the track taco, with grilled wild Pacific shrimp marinated in chipotle butter, served on a corn tortilla and topped with mango slaw, melted cheddar, white and tomatillo sauce and avocado.

A new breakfast and lunch spot has hit the streets of Carlsbad. Toast Gastrobrunch, a brunch-style restaurant, is now open to guests on Avenida Encinas.

To go along with the food offerings, Toast also features morning cocktails. This includes the flaming coffee, a mix of coffee, Irish whiskey, sugar and fire, and the Boozey Start, a combination of coffee, brandy, Grand Marnier and Kahlua topped with whipped cream and orange peel. Traditional drinks like Bloody Marys, Sangrias, Bubblys, Micheladas, as well as other fun cocktails, will also be available.

The 400-seat venue will also serve a full lunch and dinner menu that will include burgers, salads and more. Additionally, the kitchen, led by chef Ami Cisneros, will whip up a variety of pies and other homemade desserts like ice cream.

Last July, when the San Diego Business Journal chatted with Jeff Fenster the founder and owner of the San Diego-based organic “superfoods” chain Everbowl said he hoped to continue to expand at a rapid pace. As part of that plan, Fenster recently opened his latest location, on the East Campus Plaza at San Diego State University.

Founded in 2016, Everbowl sells more than 55,000 bowls of sugar-free and 100 percent organic superfoods like acai and pitaya a month. The 24-ounce bowls cost $8 and include unlimited toppings.

Late 2018, Fenster said Everbowl was slated to close the year with around $9 million on gross revenue. Fenster’s plan is to eventually take Everbowl nationwide.

Farmer’s Table, with two locations already in San Diego (La Mesa and Bay Park), has opened its third offering in the city, this time in Little Italy.

The 7,000-square-foot space features upcycled fixtures like a decommissioned tractor, wooden crates filled with greenery and old magazines used for wall collages throughout the venue. On the menu side, the farm-to-table restaurant offers an assortment of bruschetta options, lamb meatballs, Neapolitan-style pizzas and flatbreads and juices, mimosas and Bloody Marys.

All produces and ingredients are sourced locally.

Good Time Design, a San Diego-headquartered hospitality and entertainment group, has completed its latest project, El Gato Room. The 670-square-feet of additional space will replace the group’s former tiki bar, the Cat Eye Club, which closed September 2018, and will serve as an expansion to its Baja-style bar and eatery, Blind Burro.

El Gato Room will be available as a restaurant as well as for private events.

AND IN THE VERY NEAR FUTURE, LOOK OUT FOR:

Little Italy is getting not one, but two new dessert options.

After noticing a void in its after-dinner offerings, the Little Italy Food Hall will welcome Bobboi Natural Gelato, which features fresh, housemade gelato and sorbets, in March. Additionally, a second standalone Bobboi shop will open in the downtown area the same month, this time on Kettner Street.

Founded in 2014 in la Jolla, the gelateria will include traditional flavor options like matchatella (matcha tea and chocolate chips) and rose honey (organic honey and Lebanese rosewater), as well new, untraditional versions of classics like pistachio and dark chocolate. Customers have the option of ordering on a cone, in a cup or in a pint.

The chopped salad concept is finally making its way to the San Diego area.

Chop Stop, a Los-Angeles-headquartered franchise food company known for offering fresh, customizable chopped salads and other healthy menu options, will be opening up several locations in the county in the coming months.

The Florence will feature a locally-sourced menu driven by partner and Executive Chef Ricardo Heredia and a beverage program that includes beer, wine and cocktails crafted by Spirits Director Jason O’Bryan and Wine Director Victoria O’Bryan. The restaurant also features nine event spaces within and a range of interesting design factors, like custom furniture, chandeliers, Cape Cod shutters as well as Chadwick memorabilia throughout. Meanwhile, the two-acre outdoor patio has fire pits and a regulation-sized bocce ball court.

The Florence will be located in a former corporate office park as part of a $4 million project that will transform the space into a culinary and events venue.

Ways & Means dubs itself as a “full-service oyster house and seafood restaurant,” and features menu items like lobster rolls, stuffed with Maine lobster and mango coleslaw on a brioche bun and the Ways & Means oysters, served with a champagne mignonette and lemon. The restaurant has an extensive wine list, selection of cocktails and beer options as well as retail items like wine, beer and sauces.

The brand’s two other locations are in Huntington Beach and Portland, Oregon.