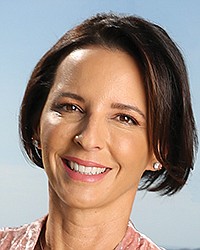 She is an avid tennis player.