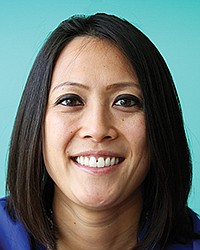 SD 500 recap: Allison Long Pettine is founder and president of Crescent Ridge Partners, a venture fund started in 2012 to provide seed capital to early stage startups. In 2018 she and two others founded Ad Astra Ventures, which is passionate about putting more women in leadership positions. She is also a founding partner of Seed San Diego, an informal network of local angel investors. Long Pettine is on the advisory board of UC San Diego’s The Basement incubator and EvoNexus. She’s active in the San Diego Venture Group and the local startup scene. Previously, she was a VP at Viscogliosi Brothers, a New York-based venture capital company.

She won her third-grade spelling bee and is still a stickler for grammar.