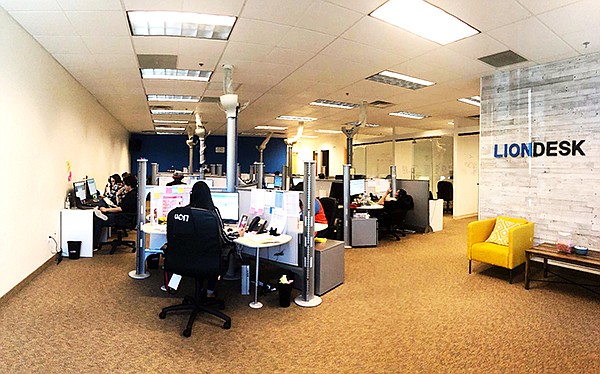 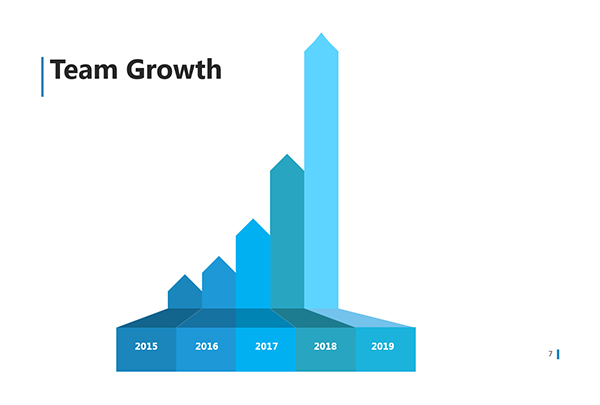 LionDesk’s team has grown to 60 employees. The company hopes to have 100 before the end of the year. Photo courtesy of LionDesk 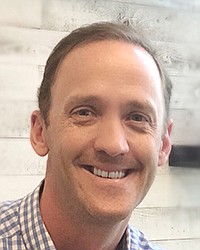 The Carlsbad-based company, which helps real estate agents close sales, hopes to double its client base from 22,000 and grow its headcount. The startup recently moved to a new headquarters building, and hit the 60-employee mark.

Founder David Anderson got the idea for the company after attending a conference with his sister, who has worked as a realtor for more than a decade.

“I came out of there thinking there’s got to be a better way,” he said. “There are lots of systems and programs that do individual things for a salesperson. There wasn’t a centralized hub of all the communication that takes place between a salesperson and their client, from contact to close.”

For two years, in 2014 and 2015, Anderson knocked on the doors of brokers, talked to agents and met with friends in the business. He used those ideas to develop LionDesk’s product, which helps salespeople “… close more deals, keep in touch with their clients more often and not let leads slip through the cracks,” Anderson said.

The platform started out with 32 clients in 2016, quickly blossoming to 3,000 paying clients by the end of the year.

Anderson said he grew his business the “old-school way.” To date, the company has not opened a funding round to outside investors. Initially, the company was growing solely from client referrals — without any marketing spend.

“We worked hard and built a product people want to use and they’ll tell their friends,” he said. “It’s a very personal industry. I decided very early on to be the CEO that wasn’t in an ivory tower but was in the trenches talking to (our users).”

Agents in the real estate, mortgage and insurance businesses currently use LionDesk’s product, though realtors have been a big driver for the business. The company closed a deal last month with the California Regional MLS, giving 96,000 California real estate agents access to the software through their regional affiliation. LionDesk has also struck partnerships with the Colorado Association of Realtors and the Florida Association of Realtors.

“We pride ourselves on bringing our users the best tools and opportunities to remain ahead of the curve. This is one more step towards that commitment,” California Regional MLS CEO Art Carter said in a statement.

Travis Breton, a Carlsbad real estate broker and owner of Rise Realty, said he began using the product two years ago for its ability to easily integrate with other platforms and share leads with team members.

“I got it specifically for the automated lead distribution capabilities for my team,” he wrote in an email.

Anderson’s goal is to be up to 100 employees by mid-2019. The company expanded into Walmart Labs’ former offices in Carlsbad, where it has about 9,000 square feet of space; much more than the 2,600-square-foot office it occupied before.

Anderson also hopes to double LionDesk’s user base, while taking a bite out of the competition. He thinks the company can reach 15 percent of the addressable market in the next two years.

“We are definitely the fastest growing in our space for what we do. Most of our competitors have been around for several years,” Anderson said. “Our goal is to become the de-facto standard integrated platform inside of real estate.”