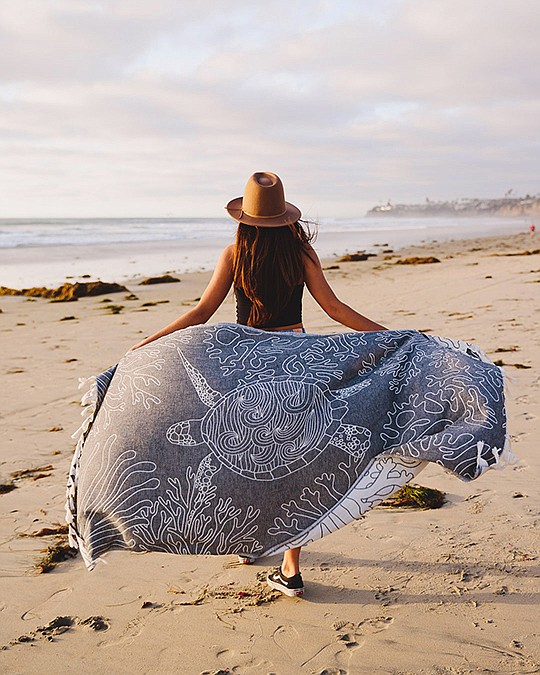 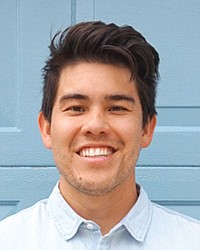 In the words of famous musician Jay-Z: men lie, women

That’s why, when a $20,000 order from surf and snowboard brand Quiksilver came in for a mandala-printed Turkish towel while at a tradeshow promoting their pillowed towels, Sand Cloud founders Steven Ford, Brandon Leibel and Bruno Aschidamini knew they had to rethink their entire business plan.

“We had gotten this new mandala-patterned towel from one of our manufacturers, and we had tucked it away in a corner of the booth,” said Ford, 28. The plan was to eventually insert a pillow to the mandala-printed towel and add it to their collection of pillowed towels, but, the Quiksilver rep wasn’t interested in the addition, just the standard towel in its cultural design. “At that point, it didn’t make sense to continue with pillowed towels when people were responding to interesting patterns and cool designs. By the end of 2015, we had completely cut out the pillow-top towels and had turned into a line of designed fabric towels.”

As a result of the restrategizing, Sand Cloud, headquartered in Pacific Beach with 16 local employees, went from $30,000 in annual revenue in 2014 — its founding year — to $430,000 in 2015. In 2016, that number grew to $2.4 million, then to $5.8 million in 2017 and by last year, Sand Cloud was an $8 million company. Today, the business is able to focus more closely on its mission toward becoming more sustainable and offering more eco-friendly products, including shirts made of recycled materials, reusable water bottles and metal straws. Forty percent of its sales come from the towels and 90 percent come from its website, primarily from the U.S.

The towel-pillow combinations “weren’t particularly well-received, except people loved the designs,” Bridges said. The company’s decision to focus on the design and the weight of the towel, instead of a bulky, pillowed towel was critical to its success.

“You can roll the towel up and put it in a backpack very easily,” he said.

Part of the company’s success has come from its heavy social media presence, said Ford. Sand Cloud placed a big focus on growing its social media following and getting influencers to join the company’s ambassador program early on. In its first year, Sand Cloud garnered over 10,000 followers on Instagram and 5,000 ambassadors. By the end of 2018, its Instagram following had grown to nearly 700,000. 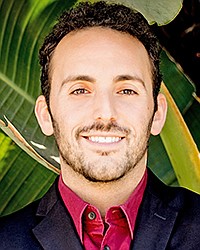 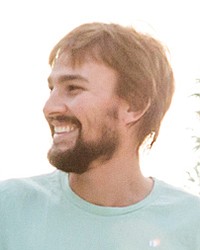 Sand Cloud, formerly known as Cloud Nine, is the brainchild of Ford, and began with the inspiration to create a pillowed beach towel for better naps on the sand. He met Leibel while attending San Diego State University, where he got a degree in business finance, and the two later met their third partner, Aschidamini, while working at a call center selling life insurance together.

Ford brought the idea to Leibel and they put a few hundred bucks together to create the first 20 pillowed towels. In its second year, with plans of continuing to grow the business as is and with Aschidamini on board, they raised $20,000, mostly from family and personal savings. 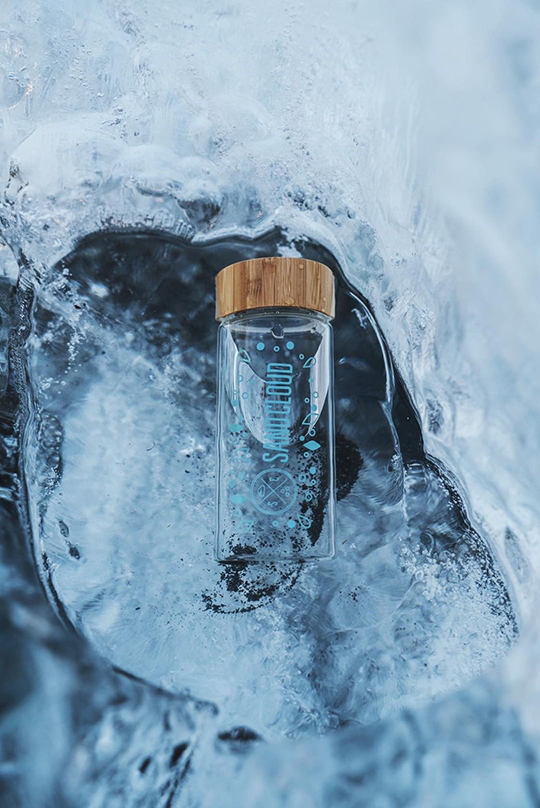 “We made $30,000 in sales the first year, but we had put in $20,000; so, we didn’t make money,” said Ford. “If anything, sales evened us out.” To make ends meet, Ford and Leibel drove Uber at night and the three partners moved in together to a two-bedroom, one-bathroom apartment in Pacific Beach.

Still, encouraged by what they believed was a great idea, they took their pillowed towels to the Surf Expo Trade Show in Orlando, Florida, in 2015, and that’s when a Quiksilver representative from Hawaii asked about the mandala-printed towel. He ordered 300-500 towels, said Ford, and, eventually, the pillowed towels took a backseat.

“Once we saw that, we ordered more of that style, and we had both the pillowed towels and the mandala towels running at the same time,” said Ford. “But, we saw the numbers and what people were responding to. And, we adapted and evolved.”

Sand Cloud towels are made in Turkey and are lightweight and easy to travel with, said Ford. Meanwhile, apparel is mostly made in Bangladesh and Pakistan. The company’s latest offering is a shirt made out of recycled plastic bottles, because a big focus for the company this year is becoming more environmentally responsible. In addition, Sand Cloud has partnered with non-profits like Pacific Marine Mammal Center, which rescues and rehabilitates seals and sealions. The company’s goal is to donate $1 million to a nonprofit that closely aligns with the Sand Could vision.

Ford believes this innate desire to want to be eco-friendly and want to educate others on sustainability is what will help the company continue on a path of growth.

“It’s not about what you do, it’s why you do it,” he said, “and our mission and our reason is what has helped us become successful.”