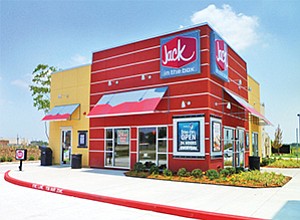 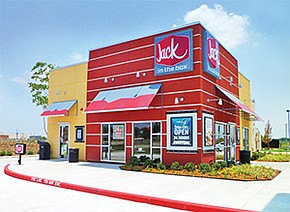 Net earnings were $34.1 million, or $1.19 per diluted share, for the first quarter of fiscal 2019, compared with $12.2 million, or 43 cents per diluted share, the prior year quarter. Adjusted EBITDA was $83.0 million in the first quarter of fiscal 2019. The same quarter in 2018 came in at $85.4 million. EBITDA stands for earnings before interest, taxes, depreciation and amortization.

The company continued its dividend of 40 cents a share.

Analysts estimated adjusted earnings for Jack in the Box would be $1.28 a share on revenue of $275.3 million.

Last week, according to Restaurant Business, Kearny Mesa-headquartered Jack in the Box’s stock price had fallen by more than 5 percent amid concerns of the company’s growth. A report on DebtWire stated potential buyers of the restaurant chain were second-guessing themselves as a result of its feud with its franchisees and its asking price. The same report stated Jack’s enterprise value is an estimated $3 billion. After Q1 results were revealed, the Jack in the Box shares rose 4.1 percent in after-hours trading.

Late last year, the national Jack in the Box Franchisee Association asked for the termination of Jack in the Box CEO Leonard “Lenny” Comma, and the current leadership team, following a vote of “no confidence.” A few weeks later, New York-based hedge fund Jana Partners disclosed it had trimmed its holdings in Jack in the Box, down to 1,831,007 shares from 2,050,325 shares during the second quarter. In November, Jack in the Box announced plans to lay off 66 corporate employees in January, partially due to contractual agreements to support Qdoba terminating at the end the year.

At the top of this year, Jack in the Box extended its deadline to March 15 to appoint two new independent directors to its board, the company said in a Jan. 4 U.S. Securities and Exchange Commission filing.

Editor's note: This version of this story corrects errors in the original version.