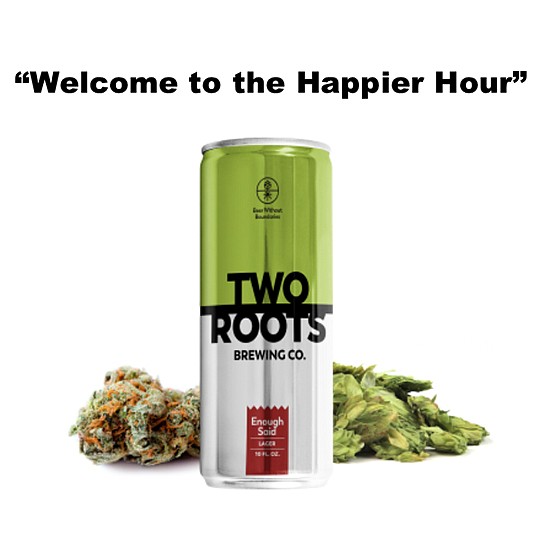 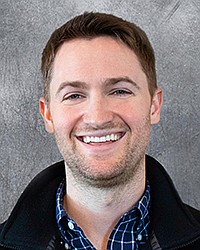 Kevin Love, vice president of market activations of Cannabiniers, said the company recently closed a deal to purchase Colorado’s Dad & Dudes Breweria, which became the first U.S. brewery to gain approval from the Alcohol and Tobacco Tax and Trade Bureau to make a CBD-infused beer in 2016. Photo courtesy of Cannabiniers

No. of Local Employees: 35 corporate employees, over 300 nationally

According to The State of Legal Marijuana Markets report, released mid-2018 by Arcview Market Research and BDS Analytics, the legal cannabis business in the United States is projected to be a $23 billion industry by 2022. And, Little Italy-headquartered Cannabiniers, a cannabis brand management company, wants a piece of the pie.

After releasing its non-alcoholic cannabinoid-infused craft beer, Two Roots Brewing Co., to the Nevada market last year, Cannabiniers rolled out its CBD and THC-laden beverages in California earlier this month; CBD is non-psychoactive, which means it will not get the user high, while THC is the main psychoactive component of the cannabis plant and does create a high. Two Roots is available for purchase in select medical marijuana dispensaries throughout the state, including in San Diego. As a result of its continual growth, by the time 2022 rolls around, Cannabiniers anticipates it will reflect at least 5 percent of the projected $23 billion, or $1.2 billion.

In 2016, California voters approved Proposition 64, making it the fifth state to legalize adult-use pot, following Colorado, Washington, Oregon and Alaska. The law, which went into effect on Jan. 1, 2018, means adults over the age of 21 in California can legally use, possess and share cannabis. The legalization of marijuana in California gave rise to a multitude of pot businesses across the state, like cannabis-themed paint classes and weed bike tours, among others.

On the federal level, marijuana is still illegal even in states that legalized it, so there is still some ambiguity to the law.

Much like other out-the-box, weed-inspired start-ups, Cannabiniers is hoping to penetrate the cannabis market not through the standard growing and selling of pot, but through everyday products already commonly consumed, according to Kevin Love, vice president of market activations for the company. In addition to Two Roots, Cannabiniers is proprietary to Just Society, a line of cannabis-infused cold brewed ice coffees and teas; Bask Essentials, hemp-derived CBD products like creams and bath bombs; and, the most recent addition, Creative Waters, which is a line of zero-proof cocktails that includes sparkling waters. All the CBD-based products are sold on the company’s website, while everything else is available through dispensaries.

Founded in 2016 and with approximately 35 corporate employees, Cannabiniers uses its own patent-pending technology called nano-emulsion that uses a carrying agent to extract the cannabis oil and allows it to mix with liquids. It has a dealcoholization plant, which removes the alcohol from beverages like beer, in San Diego and will be opening some more in the Midwest and one on the East Coast, said Love, to be housed in the breweries that are soon to be acquired by the company.

So far, in Nevada, Two Roots is being sold in 25 dispensaries, moving 70 to 100 units a day. For California, the forecast is “pretty big,” said Love, adding the company hopes to sell around 10,000 units a day in the Golden State.

As part of its expansion strategy, Cannabiniers plans to grow its beer production to 500,000 barrels by 2020 to more effectively fulfill demand for Two Roots. Since October, the company has executed letters of intent to purchase three breweries in San Diego, which will allow it to produce 200,000 more annual beer barrels than the current 55,000. Cannabiniers is also planning on adding two to three more breweries in other states in the next few months for another 200,000 to 300,000 beer barrels annually.

“Part of our business model is to ensure we have plenty of capacity in order to support the growing demand for our product,” said Love. In Nevada, for example, Cannabiniers’ original forecast wasn’t enough to support the market. “We needed to get more brewing capacity to meet the demand.” As a result, Cannabiniers signed a 50,000 barrel/year contract with a brewery that would brew the beer, then ship to the Cannabiniers facility to remove alcohol and infuse with cannabis.

Love said Cannabiniers also recently closed a deal to purchase Colorado’s Dad & Dudes Breweria, which became the first U.S. brewery to gain approval from the Alcohol and Tobacco Tax and Trade Bureau to make a CBD-infused beer in 2016. He said the plan is to use that patent to bring traditional CBD-infused beer to a national level while leveraging the company’s resources.

“We do our own distillation process,” added Love.

In the first half of 2018, recreational marijuana sales weren’t as high as expected post-legalization. According to a California Department of Tax and Fee Administration report, revenue for the second quarter of the year was $80.2 million for the state, including cultivation, excise and sales tax. But, by the third quarter, that number had increased. Tax revenue reported by the cannabis industry totaled $93.1 million by then, including state cultivation, excise and sales taxes.

The legal marijuana industry seems to be on its way to being a lucrative market for California, and Cannabiniers is gearing up to be a big player in the adult-use market. The company has a commercial that will start airing on Cox cable TV channels nationally in the next couple of weeks as well as a billboard campaign and street teams and brand ambassadors doing grassroots marketing. Love said Cannabiniers will also continue to provide product sponsorship events, much like the company did during a private estate afterparty for the recent 61st Annual Grammy Awards, to get the word out.

“We want to bring products to the market that are in people’s everyday lives,” said Love. “We look at it from the beginning of the day through the end of the day and what consumers in traditional markets are consuming and how that industry can transcend into ours using our technology.”