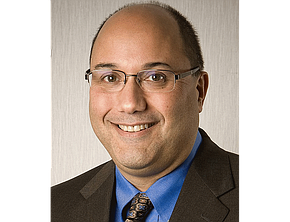 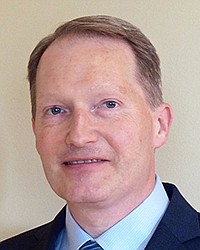 To satisfy the world’s growing appetite for seafood, one San Diego company is exploring laboratories rather than the ocean.

According to Cooperhouse, the idea is to not only supply the world’s growing demand for seafood but to also provide markets with a safer meal option — one without concerns about potentially dangerous toxins found in polluted ocean waters. The technology is made possible through earlier works in regenerative medicine and in vitro fertilization practices, he said.

BlueNalu isn’t the first group to be interested in the cellular aquaculture market but so far, it does appear to be a frontrunner in the space.

“There are a few handful of companies playing around in the space around the world . . . and we were able to raise the largest seed round in the category because of the team we’ve brought together,” Cooperhouse said.

In a few shorts months, BlueNalu secured $4.5 million in funding — the largest seed round globally in the cell-based meats space — from a total of 26 investors from five nations. In addition to the United States, investors hailed from the United Kingdom, Hong Kong, Israel and Luxembourg.

The company was quickly oversubscribed and increased the size of the seed round, and closed on the entire amount within about four months. Funding began during the spring of 2018 and concluded in August.

Leading the charge at BlueNalu, alongside Cooperhouse, are the company’s other two co-founders: Chairman Chris Somogyi and Chief Technology Officer Chris Dammann.

“We’re very excited to be in San Diego,” Cooperhouse said. “We could have chosen anywhere in the country and we chose San Diego.”

In addition to the three founders, the BlueNalu science team is led by principal scientist Lauren Madden, formerly from San Diego-based Organovo.

In total, the company currently touts 12 employees but plans to add more.

The company, which incorporated in December 2017, began its operations at the BioLabs life sciences incubator in San Diego. It has just recently relocated to an approximately 6,000-square-foot operation in Sorrento Valley.

Cooperhouse and his fellow founders hailed from New Jersey, Hawaii and Washington state.

“We actually chose San Diego because of the strong workforce that is here,” he said, noting San Diego’s strong support of biotechnology was a key factor, as was its heritage with the seafood market.

All research and development work is being conducted in San Diego. Cooperhouse said production facilities that will ultimately produce BlueNalu seafood products will be located closest to market demand, and will be designed to meet the needs of consumers in each region. Plants will be globally located, as well, he said.

The plan is to open its first factory five years from now and use it as a model to expand to up to 20 factories around the world in the 15 to 20 years that follow.

There are a great number of goals for the company, and benefits to the consumer once factories launch, according to Cooperhouse.

“The U.N. has estimated that the world needs to produce at least 50 percent more food to feed 9 billion people by 2050,” Cooperhouse said. “BlueNalu is a solution to the increasing global demand for seafood that is unfortunately accompanied by a rapidly decreasing global supply.”

BlueNalu products will be sold at a premium, at least to start.

“It is our objective that we will be at price parity with conventional wild caught and farmed seafood over time,” Cooperhouse said. “Initially, we anticipate that our products will be sold at a premium, and a number of seafood items are sold today that offer only modest benefits, such as improved sustainability and reduced mercury.”

For example, Cooperhouse said, BlueNalu anticipates offering mercury-free tuna to customers, which today is not possible.

“It is our goal that our products will be exactly the same or potentially superior to farm-raised or wild caught seafood in all sensory attributes — flavor, texture, color, odor, etc.,” Cooperhouse said.

Helping BlueNalu move forward will be a newly formed nine-member advisory board that includes Pierre-Yves Cousteau, the youngest son of renowned ocean explorer Jacques Cousteau. The younger Cousteau has followed in his famous father’s conservationist footsteps and today works as a global environmental consultant and president of Cousteau Divers.

“I have a very personal relationship with the sea, and BlueNalu’s impacts can lead to a significant improvement to our global health, and to the sustainability of our oceans,” Cousteau said.

“I am thrilled to be part of this company that can provide my favorite ingredient, seafood, in a modern way that we could only dream of,” said Yamaguchi, a recipient of the prestigious James Beard culinary award. “The possibilities for seafood produced via the BlueNalu technology are endless, from providing year-round seafood options that are normally seasonal, to broadening taste palettes by providing species normally inaccessible from across the globe.”