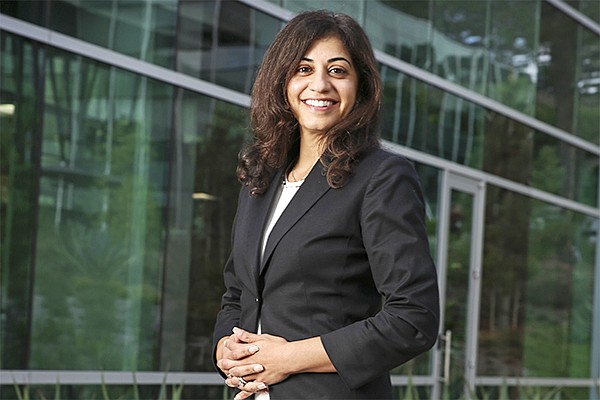 Gossamer Bio — a closely watched San Diego biotech during the government shutdown — made its public debut Feb. 8 with an upsized $276 million offering.

Three weeks ago Gossamer planned a fixed-price IPO to circumvent the government shutdown, but ultimately opted for a conventional IPO path after government workers returned.

CEO Sheila Gujrathi and executive Chairman Faheem Hasnain are former executives of Receptos, which Celgene bought for $7.2 billion in 2015. But build-to-buy doesn’t seem to be in Gossamer’s game plan.

Last summer Gujrathi told the San Diego Business Journal the company wants to be a force for years to come in San Diego. The company debuted more than a year ago with $100 million in financing, and the biotech added a $230 million Series B round this summer.

In October, Gossamer began a phase 2b clinical trial for GB001, aimed at the lung condition eosinophilic asthma and other allergic conditions. In addition, the company has two other clinical-stage programs, along with three preclinical products.

Per a 25-day quiet period, analysts will start covering the company in early March.