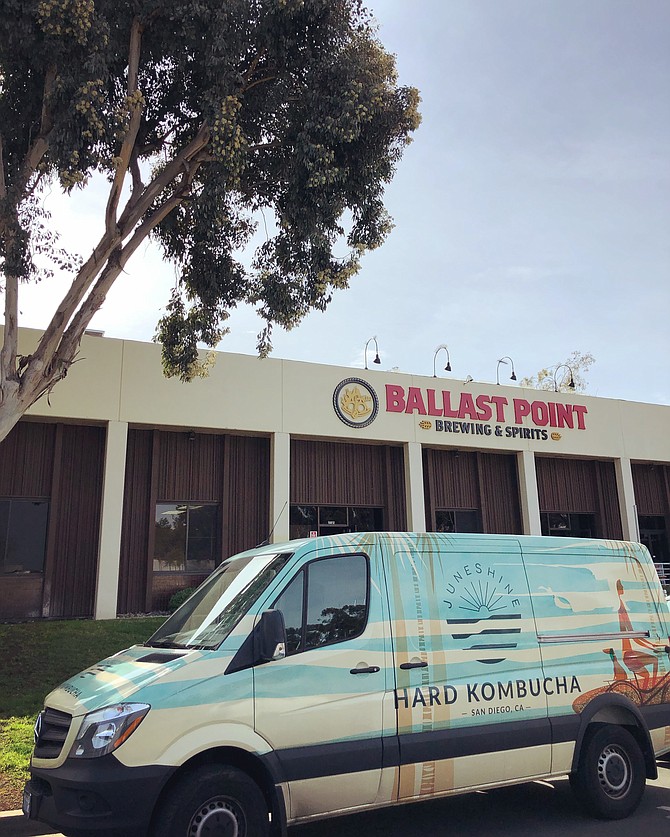 Following in the legacy of San Diego’s largest beermaker, JuneShine is moving into Ballast Point’s old digs in Scripps Ranch. But the one-year-old startup is brewing up something different: organic hard kombucha.

Kombucha, a bubbly, fermented tea drink, normally falls below 0.5% ABV. Like a good IPA, JuneShine’s clocks in at 6% ABV, with flavors like honey ginger lemon and cucumber mojito.

Ballast Point moved out of the Scripps Ranch production facility a little over a year ago, when it announced it would open a brewing campus in Miramar. JuneShine said it plans to begin production at the Scripps Ranch facility this summer. The company will still product kombucha and keep its tasting room open at its current location in North Park.

“The Scripps Ranch facility is a historical building, a key contributor in legitimizing the craft beer industry, which also enabled Ballast Point to produce enough product to become one of the biggest private alcohol companies in the U.S.,” JuneShine Co-Founder and CEO Greg Serrao said in a news release. “As JuneShine seeks to increase production in great volume, and also become a best-in-class leader for our product category, it became obvious that this was a timely opportunity.”

JuneShine also announced it closed a seed funding round on Feb. 12, though the amount of funding was not disclosed. The company plans to use the funds to grow its team, expand its manufacturing capacity, and for geographical expansion of its product. JuneShine currently sells in grocery and liquor stores from San Diego to Los Angeles.

“In many ways, we are just getting started,” Serrao said. “The first thing we will do with additional product, before going anywhere, is double down on our home market – we owe to our original San Diego customers only the best.”

The company’s investors include experts in the beverage and consumer goods space, as well as talent management companies and athletes. They include:

Startups and software reporter Elise Reuter can be reached at ereuter@sdbj.com or at 858-277-6971