Zebit’s e-commerce platform lets users buy items and pay back the cost over six months, with no interest. The company uses predictive analytics to assess the risk of each purchase. Photo courtesy of Zebit 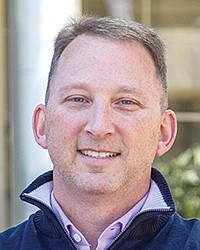 An under-the-radar San Diego e-commerce startup is looking for creative solutions to provide credit for underbanked customers. The four-year-old company, Zebit, plans to hit $100 million in revenue this year after selling $45.5 million last year, and is on-track to reach profitability in December.

Zebit was spun out of San Diego financial services company Global Analytics in 2015, though it no longer has any affiliation with the company. As a separate entity, it has raised $39 million in funding to date, with investors including Route 66 Ventures, Crosslink Capital and Wildcat Venture Partners.

After working with Global Analytics, Zulily and a number of private equity firms, Marc Schneider decided to co-found Zebit as a way to level the playing field for underbanked customers.

The idea dated back 40 years, when Schneider grew up supporting his mom and working the night-shift at a Coca Cola plant.

“This comes deep from when I was a kid in Arizona and we didn’t have any opportunities, we had nobody to turn to. You take out a loan, you go to a Rent-A-Center. It hasn’t changed,” he said. “Even though I’ve worked all over the world, this idea is something that has been top-of-mind for the last 10 years. How do I build a company that has lasting memory for the customers and the employees?”

80 Brands to Choose From

Zebit’s online marketplace lets its customer shop for electronics, furniture and clothing from 80 popular brands. But unlike Amazon, the company allows its users to pay for their purchases over a six-month period. It doesn’t charge late fees or interest, it doesn’t check individual credit scores, and still manages to keep the lights on.

Schneider, who is also the CEO, said there’s no catch, but many of Zebit’s shoppers are used to there being one. Most of its customers have little credit history or scores of 550 or below, leading to fewer purchasing options.

“There are a lot of bait-and-switch options that have been going on for years,” Schneider said. “It’s incredible, the lack of innovation in this space, and the continual predatory aspect of the options out there that make consumers suffer.”

For example, customers who make purchases through rent-to-own furniture stores end up paying significantly more than the cost of the original item. Interest-free financing promotions for electronics products might sounds like a good deal, but if the bill isn’t paid for in full in the allotted six-to-12 months, they’re hit with a charge for all interest accrued up until that point.

Schneider’s company doesn’t use these tactics. Instead, it uses data analytics to calculate the risk of each transaction upfront, using information from a background check, an employment check, and verifying a minimum income of $16,000. It uses this information to weed out potential bad actors, and give a line of store credit to approved customers, ranging from $1,000 to $2,500. Customers who pay on time are rewarded with more credit.

“It’s a complex model, but it’s needed in the marketplace,” he said. “Instead of being the hammer, we try to use the incentive to say, buy responsibly, pay us back, and we’ll reward you for good behavior. So far, it’s worked.”

Schneider said Zebit makes its money through a dropship model. It takes customers’ orders, purchases the products from distributors or wholesalers, and the title is transferred to the customer when it is shipped. Since Zebit doesn’t have to manage inventory or a warehouse, it gets to keep most of the margin from its purchases, which offsets the bad debt of incomplete or late customer payments.

The company’s other “secret sauce” is that it doesn’t have to spend as much to attract and retain customers as other e-commerce companies. The company is on track to reach 650,000 customers by year’s end, and has largely grown its base through referrals. And its users keep coming back — about three-quarters of the company’s revenue comes from repeat customers.

By 2020, Schneider hopes to reach 1.5 million users. He also has plans to grow Zebit’s employee base; Zebit currently has 55 employees in UTC, and plans to add additional 25 in May after closing a capital growth round.