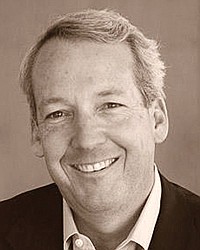 President and CEO, The Pasha Group

SD 500 recap: George Pasha IV is the third-generation leader of The Pasha Group, a global logistics and transportation company. He was appointed CEO in 2008, and oversees worldwide operations for the company’s five operating divisions: Automotive, Maritime, Relocation, Transportation and Pasha Hawaii, which provides ocean liner service for shipment of containers and vehicles between the West Coast and Hawaii. He is the past chairman of the Household Goods Forwarders Association of America Inc., now known as IAM, and is on the advisory board of the Markkula Center for Applied Ethics at Santa Clara University.