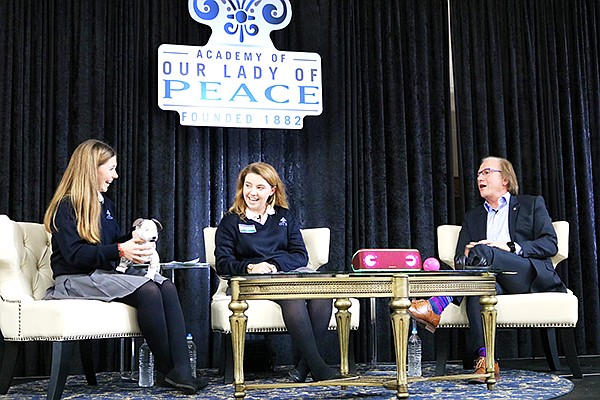 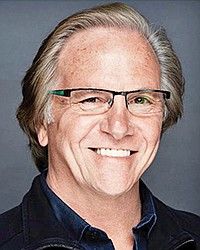 Company Description: Sony Corp. is a conglomerate that makes electronics, gaming and entertainment products. Its subsidiary, Sony Electronics, is headquartered in San Diego.

As chief operating officer of Sony Electronics in Rancho Bernardo, Mike Fasulo has one focus: developing the next generation of talent and leadership at Sony.

Fasulo refers to his work as “ready now”— which he sees as key to the company’s future.

“Employees within the company, how do we develop them to be ready for their next whatever — the next role, position, innovation or trend?” said Fasulo, who has been with Sony for 20 years and heads up the electronics business. “How do we prepare them so we have a good future?”

On the heels of a turnaround for parent company Sony Corp., which shed its PC division in 2014 amidst a larger restructuring, the Japanese conglomerate has since swung to profitability. In its 2017 fiscal year (ending March 31, 2018) Sony’s net income grew to $4.43 billion, up from $660 million the prior year.

Sony’s profits have been largely driven by its image sensing technology, which powers the cameras in iPhones, and its gaming division, with its latest PlayStation 4 console selling more than 91 million units to date. That forward momentum is key factor for the company as it looks to take a bite out of other markets in connected cars and robotics.

For example, last year Sony debuted a “safety cocoon” concept for autonomous vehicles. The technology uses a sensor Sony developed to quickly identify obstacles on the road, in parking lots and in night driving conditions.

If two cars were approaching a four-way stop, Fasulo explained, the sensor could detect if the other car was slowing down, and brake accordingly.

“If it calculates (the other car) is not stopping, then it stops your car,” he said.

The company’s sensors have also found their way into Aibo — a wide-eyed robotic puppy that can learn tricks, fetch its bone, and learn to navigate the house. A reboot of Sony’s previous line of robot dogs, the canine companions retail for $3,000.

With his candor and relaxed demeanor, Fasulo appears to lead Sony Electronics with ease. But it took him several years at the company to learn what it meant to build up talent.

Fasulo was recruited to join Sony in 1984, while he was working for a startup company that was working on the transition to cellular technology. He worked alongside companies like Ma Bell and Motorola before he was recruited to a finance role at Sony. In his time with the company, he’s held 13 roles across finance, operations sales and marketing.

“What worked for me was differentiating myself with my financial background but also taking on different positions,” he said. “Everybody at the table is good, otherwise, they wouldn’t be at the table. What’s going to make you stand out?”

Leading Rather Than Lording

In 1989, Fasulo had his big break, when he was promoted to vice president of sales for the western region, leading him to move from New York to Northern California. It also gave him one of his toughest lessons.

“I came out as this young, snotty 29-year-old that knew everything, and I immediately turned off my team,” Fasulo said. “I remember going home and my wife telling me… you’ve just gotten the biggest promotion of your life, the job you dream of and you’re miserable. What’s going on?”

Fasulo went back to the office and called a meeting.

“I said ‘I’m a jerk. I’ve been doing it all wrong. … If you’ll forgive me and keep me, I’d like for all of us to get along as a team,’” he said. “It’s really interesting when you admit that, how people rally around you. It was my toughest learning, but it was also my most productive learning. We went on to be one of the top sales teams in the company for four years running.”

Since becoming the head of Sony’s local division in 2014, Fasulo has turned his eye to building up the company’s recruitment and inclusion efforts. Instead of having individual managers look to fill a role, for example, he brings together a pool of five to six managers interviewing for the position.

“I’m tired of hearing we didn’t have a diverse candidate population,” he said. “This way, you take the bias out. You never take it out fully, but you can manage it best.”

The company also constantly surveys its employees about the work environment, building out activities, affinity groups and leadership development opportunities for employees.

“You can recruit many people, but if they don’t feel like they have a voice, they’re not engaged, or they’re not being heard, it’s not a real fun place to be,” he said.

Sony currently has 1,600 employees at its San Diego offices, where it designs audio, video, electronics and IT products. In addition to engineering, the company also hosts its Sony Electronics marketing and customer service teams, and executive leadership here.

“Sony as a whole, I’m very confident we have a bright future,” Fasulo said. “We’re obsessed with quality, which I don’t think ever goes out of style.”