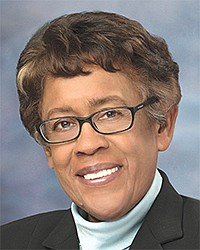 SD 500 recap: Constance Carroll has been chancellor of San Diego Community College District since 2004, guiding the second largest community college district through unprecedented expansion funded by a $1.555 billion bond program, for which the district received Moody’s and Standard and Poor’s highest possible rating. Carroll, who previously was president of San Diego Mesa College for 11 years, served a six-year term on the National Council on the Humanities. She is the chair of the San Diego Foundation board and has served on many boards, including the University of San Diego. Among her many honors is being inducted into the San Diego Women’s Hall of Fame.

She played guitar in a bouzouki band in Athens, Greece.