Dan Hom has been appointed as chairman of the Board of Governors at the University Club at Symphony Towers. The club, founded in 1989, is a place for social and business connections in San Diego. 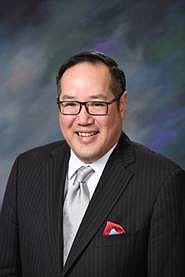 According to a press release, Hom joined the University Club in 1993. Succeeding businessman Douglas Wilson as chairman, Hom’s responsibilities include leading board meetings, representing the board at club functions and the managing of potential succession plans for the club.

For the past 13 years, Hom has owned Focuscom Inc., a public relations and public affairs firm. He’s also served as city commissioner and has been a member of the board of directors at The Red Cross San Diego/Imperial Counties, Mayor Kevin Faulconer’s Asian Advisory Committee, Chula Vista Police Foundation, National Multiple Sclerosis Society and Boy Scouts of America, among others.