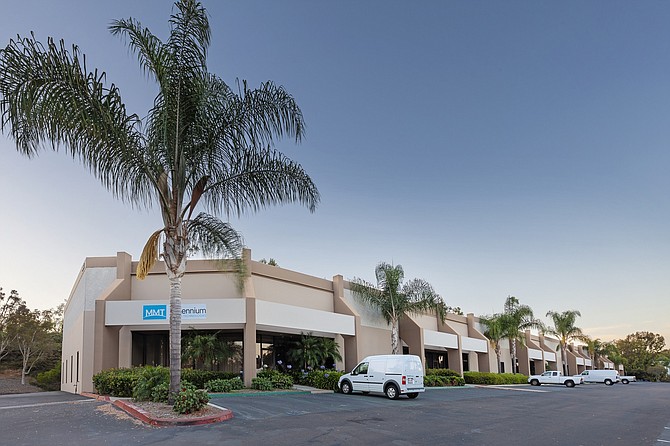 Carlsbad building is among four acquired by BKM Capital

The four buildings have a total of 99,187 square feet of space.

The Sorrento Mesa buildings of Waples Industrial Centre were developed in 1988 and include 35,294 square feet of space on a one-acre site.

Mark Avilla, Justin Halenza and Michael Mahoney of Cushman & Wakefield represented the seller, who was not disclosed.

“This was an excellent opportunity for BKM to acquire a significant portfolio of well-maintained, well located and fully leased properties in two of Southern California’s fastest growing submarkets,” Avilla said. “Carlsbad, a market growth leader in North County, and Sorrento Mesa, a premier tech market set in Central County, have undergone rapid expansion over the last few years and continue to be positioned for long-term commercial growth.”