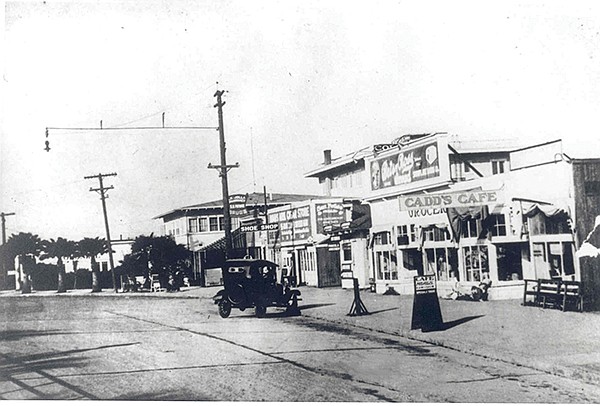 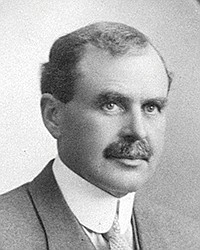 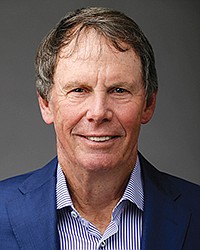 When Frederick L. Brown opened his real estate office in La Jolla in 1914, the seaside enclave had only recently gotten electricity, the streets were just starting to be paved and La Jolla had a population of less than 400.

Through two World Wars, the Great Depression, the most recent financial crisis and a slew of smaller downturns — not to mention a 1997 fire that destroyed the main office at 1131 Wall St., — that little real estate office Brown founded persisted and grew to become Willis Allen Real Estate.

The firm has gone through two name changes over its history, but it bills itself as the oldest real estate agency in San Diego history, still headquartered in the same La Jolla neighborhood and tracing its origin back to that small business Brown founded.

Even in the Depression, people had to sell,” said Andrew Nelson, president and CEO of Willis Allen. “Some people gave their property away because they couldn’t afford it.”

The firm has a full-time staff of 29 with about 159 affiliated agents.

Willis Allen specializes in high-end real estate, but Nelson said the firm has handled everything from a vacant lot that sold for $78,000 to a $25 million luxury estate.

Its typical sale is about $1.2 million.

On average, Willis Allen handles about 800 to 1,000 sales a year, Nelson said, adding that the firm broke $1 billion in volume of sales about 20 years ago, and has likely topped $50 billion to date from the time Brown started.

The firm’s success has been based in part on its history and “a reputation that was impeccable,” Nelson said. “We’re a family and there’s a brand and a loyalty and a respect that we nurture and I think people respect that.”

A former Navy pilot and Vietnam veteran, Nelson said he also makes a point to learn about his clients, their personal history and what they like and dislike “to really make sure we’re giving good advice.”

He recalled an instance where a prospective buyer had already made a bid on a house with another agency but cancelled it after Nelson learned of the client’s interest in aviation and the two established a rapport.

Nelson said that in other instances, the agency has advised clients against buying a home based on what he and other agents learned about the person’s interests or circumstances. 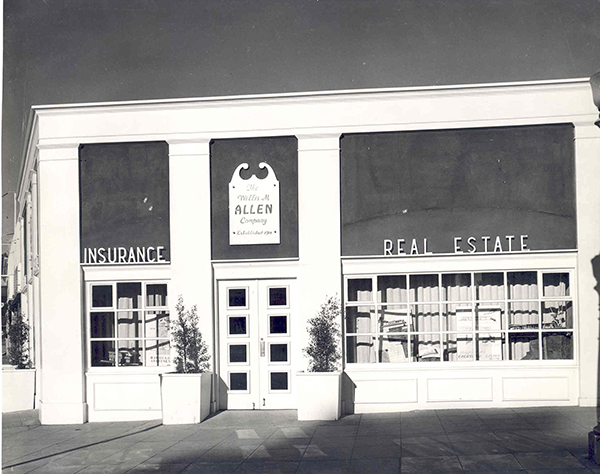 Staffers and agents also are encouraged to volunteer in the community.

“We want all our agents and staff to stay involved,” said Peyton Cabano, director of marketing.

The firm gets its name from Willis Allen, who bought it in 1942 after it had become the Percy Goodwin Co. and renamed it for himself.

Nelson said that Allen had been an agent at the Percy Goodwin Co. and at one time owned La Valencia Hotel in La Jolla and a ranch that later became El Camino Memorial Park cemetery in Sorrento Valley.

A former Navy pilot and Del Mar native, Nelson started selling real estate with another company in 1974 and joined Willis Allen as an agent in 1977. After serving several years as its president, Nelson bought the company in 1995.

Much has changed since Nelson started in the business in 1974.

Back then, a real estate contract was a single sheet of paper “and half of that was blank, to be filled in by the agent with such cryptic notes as ‘buyer will get loan from relative,’” Nelson said.

These days, a paper contract would be 150 pages or more, but with few exceptions, there are no paper contracts any more. Everything is digital, Nelson said.

That’s part of the change Willis Allen made to keep up with the expectations of its buyers and to attract new, younger agents to the firm.

The New Tools of the Trade

“To attract millennial agents, every sales tool we offer must have visual appeal, connectivity, and it has to work,” said Cabano.

“What you can do on a desktop must also translate and be done just as easily on a mobile device, and in real time. For example: If a buyer client is online viewing property from their home in Florida, our agent can view the buyer activity live from his/her device, collaborate in real time with the buyer and make an immediate call or arrangements — all without picking up the phone, texting or emailing, if necessary,” Cabano said. “The point is, results and communication are immediate. Email almost feels archaic, and God forbid you leave a voicemail.”

Even as Willis Allen strives to attract new agents, Nelson said many stay for 20 years or more because of the firm’s reputation in the community and its culture that places a high value on family.

Fitting in the Culture

“We’re a different company. We don’t rank our agents, getting them competing with each other,” Allen said. “We want people who fit in with our culture.”

“I started out here out of college, got married, got divorced, had a child — I’ve grown up here,” Granados said. “I’ve been recruited many times over the years. Never, for one second, did it cross my mind to leave. I stayed because I think the work-life balance here is more important than the paycheck, and I’m a loyal person. Andy (Nelson) has been loyal to me and I’ve been loyal back.”

Linda Sansone joined Willis Allen 21-years ago after giving up an East Coast career as an accountant and moving west.

“What I love about Willis Allen is it’s a boutique local company. If I need to talk to Andy Nelson, I can pick up the phone and talk to Andy Nelson. I don’t have to go through corporate layers of stuff,” said Sansone, who works in the Rancho Santa Fe office.

“They’re always forward-thinking,” Sansone said. “We have marketing tools that some of the larger agencies don’t have.”

Willis Allen is back in the Wall Street office that burned down in 1997, and Nelson said he’s optimistic about the future, despite a current softening in the market for single family homes and condominiums.