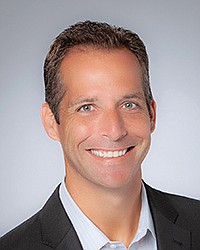 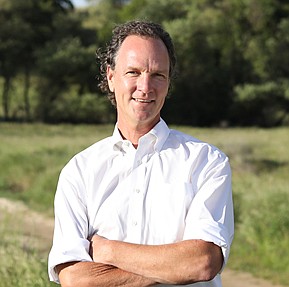 The decision of where growing San Diego companies should file their patents became more complex, thanks to tax policy changes that went into effect last year.

The Tax Cuts and Jobs Act may have been best known for slashing corporate income tax rates, but it also included several changes to how intellectual property is taxed. The policy was meant to incentivize companies to keep their patents in the U.S. or move them back, said Kevin Dusi,a partner with Moss Adams LLP.

One year in, Dusi said he’s seen just a few companies restructure as a result. In San Diego, he’s seen pharmacy, medical device and life science companies chose to file their IP patents in the U.S., rather than overseas. But the incentives still aren’t strong enough for most companies to move their patents back to the U.S.

Dusi described the policy changes as a carrot-and-stick approach: Two provisions, GILTI (the global intangible low-taxed income provision) and BEAT (base erosion and anti-abuse tax), penalize companies that host their IP in foreign tax shelters. The “carrot,” FDII (foreign-derived intangible income), gives companies a deduction for exports, such as patent royalties. Essentially, it rewards companies for keeping their IP in the U.S.

Keeping the IP in the U.S.

“The combination of the two gets the message across that we want the IP here,” Dusi said. “It’s forcing people to look at some of the traditional structuring stuff, which was to get it offshore at a lower U.S. tax rate.”

For early-stage companies that are still building up the value of their intellectual property, the legislation has little effect. But larger, research-heavy organizations are working to navigate the changes to figure out whether it’s worth shifting some of their assets.

Qualcomm Inc. stated in its first quarter earnings report that some provisions of the tax legislation became effective for the company in 2019.

“In response to the tax legislation, we implemented certain tax restructuring in fiscal 2018 and 2019,” the company stated. “As a result, substantially all of our income is in the U.S. and qualifies for the preferential FDII tax rate, and the impact of GILTI and BEAT are negligible.”

In the past, Dusi said companies sought to move IP that they expected would increase significantly in value. A holding company would be established in a country with low tax rates — Ireland, for example — leading to an income stream offshore.

Now, that decision is less straightforward.

“It adds a whole other layer to it. It becomes a number-crunching exercise now,” Dusi said. “We have a lot of startups in San Diego that are developing their IP. … I think we’re going to see a lot fewer of them moving things.”

For the most part, the changes would affect companies with some revenue stream and value to their patents, rather than startups in the earliest stages.

Kyle Welch, licensing manager for San Diego State University’s technology transfer office, said he had not seen any effect in the startups, licensees and research groups he works with.

“Most startups using university IP are pre- or low-revenue, so the idea of holding IP overseas for a tax break would be more burdensome than it’s worth in most cases,” he wrote in an email. “I suppose it could be a consideration for some of those partners when deciding where to file patents, but I have not yet seen it.”

Will They Move IP Back to U.S.?

While the changes might be enough to deter some companies from moving their IP overseas, Dusi said it’s still not enough of an incentive for most companies to move their patents back to the U.S. For instance, those organizations might still face taxes from the country where they moved the IP.

“For a lot of these where you’ve moved (the patent) and the value’s already grown, there’s a lot of challenge there from an exit tax perspective,” he said. “I don’t think we’re going to see a lot of companies that are bringing it back without doing a lot of modeling.”

Kevin Buckley, founder of Torrey Pines Law Group, said companies might have other, more pressing reasons for filing a patent overseas than taxes. For example, biotech startups might look to establish a corporate vehicle overseas for clinical trials or contract research, in addition to holding their patents.

Shihong Nicolaou, intellectual property manager for UC San Diego’s office of innovation and commercialization, said the policy changes have had little impact on the office’s IP strategies, adding the U.S. market was already considered the most important for their clients to secure business and investment.

“It is critical to have the IP protection in U.S., and to possibly extend to other territories,” Nicolaou wrote in an email. “All of the companies we work with would want to secure U.S. patents right across the board.”

Regulatory uncertainty is another important ingredient in the end decision of whether or not to move IP. Buckley said if tax rates increase under the next administration in 2021, it would become very expensive to move the IP again.

Startups and software reporter Elise Reuter can be reached at ereuter@sdbj.com or at 858-277-6971