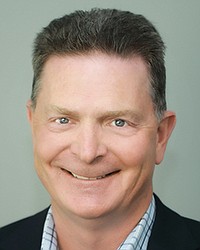 Mark Payne joined Swinerton in 1999 and has been the lead executive in San Diego since 2012. Swinerton is the largest general contractor and the largest renewable energy provider. Among significant projects completed in 2018 were the Shift mixed-use building in the East Village and San Diego Airport Terminal 2 Parking Plaza. Swinerton is building MedImpact’s corporate headquarters expansion at Scripps Gateway –a six-story building and an adjacent four-level parking structure. Payne is a board member of the Swinerton Foundation.

Swinerton has been named SDBJ’s best place to work among mega companies for the past three years.