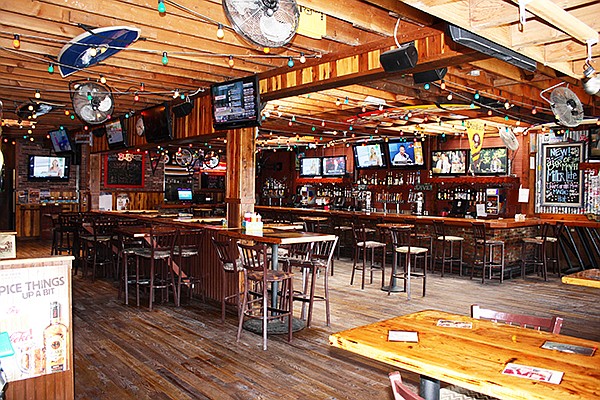 A second Bub’s @ the Beach location opened in the Gaslamp Quarter eight years ago. Owner and founder Todd Brown says, geographically, the area hardest hit by the departure of the Chargers is downtown. Photo courtesy of Bub’s @ the Beach 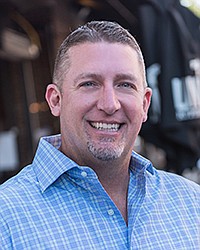 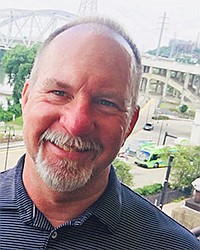 Todd Brown, owner and founder of Bub’s @ the Beach, said part of the appeal for sports fans wanting to travel specifically to San Diego to see their favorite teams play is the nearly-constant 75-and-sunny weather pattern the city boasts. Photo courtesy of Bub’s @ the Beach 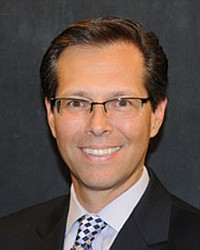 Miro Copic, marketing professor at San Diego State University, said although there are a variety of team fans in the county, the Chargers did help bring a lot of business on Sundays that is no longer the case. Photo courtesy of Miro Copic

On Sept. 8, 2017, just days before the Los Angeles Chargers opened their season at their new digs in that city, Tilted Kilt Pub & Eatery in Mission Valley closed its doors.

In a statement, company officials cited the Chargers’ absence as a contributing factor in the closure.

Thankfully, Tilted Kilt was just one of a few casualties when the former San Diego Chargers left the city to head north to Los Angeles in the early part of 2017. But, that doesn’t mean those restaurants and bars that survived the team’s departure don’t continue to feel the pinch.

It is difficult to quantify the losses in the local restaurant and bar industry as a result of the Chargers leaving. But, to give an idea: In a 2015 study by San Diego State University Center for Hospitality and Tourism Research and the San Diego Bowl Game Association, San Diego’s two post-season college football games, the Holiday and the Poinsettia Bowls, produced an economic impact of $35.3 million for the region in 2014. The study revealed that 39,019 out-of-towners traveled from outside the county to attend the Holiday Bowl and an estimated 25,566 hotel room nights were sold. For the Poinsettia Bowl, 9,265 fans traveled from outside San Diego, and an estimated 5,310 hotel rooms were sold.

According to a September 2015 valuation of the Chargers by Forbes, the team had an operating income of $64.8 million in 2014.

According to local business owners, what affected the industry the most wasn’t the Chargers’ exit or the loss of their fans. Instead, it was the visiting teams and their followers — the latter would normally visit San Diego, sometimes for numerous nights at a time, but are no longer coming to town — that had the most sizable economic impact.

Chris Cox, director of operations at OMG Hospitality Group, who runs PB Ale House, says the number of out-of-towners that no longer come to San Diego now that the city doesn’t claim an NFL team is substantial.

“What happened to local businesses isn’t because the Chargers aren’t here necessarily, but more so because visiting teams are no longer coming to the area,” he said. “When Chargers were playing here, half of the stadium was made up of visiting fans. That’s 20,000 to 30,000 people that would come to our city that are no longer coming.”

Todd Brown, owner and founder of Bub’s @ the Beach, said part of the appeal for sports fans wanting to travel to San Diego to see their favorite teams play is the nearly constant 75-and-sunny weather pattern the city boasts.

“If in South Dakota it is minus 37 degrees, and you turn on the TV and you see Tiger Woods here and it is 74 degrees and no wind, just sun, you are probably thinking, I’d go there to see him play,” said Brown. That is what has happened in San Diego over the last 50 years with major league sports in general, he said.

“If you want to follow your team, guess what city you’d circle,” asked Brown. “You’d say, ‘let’s go to San Diego because the weather is great there in the fall and the winter.” 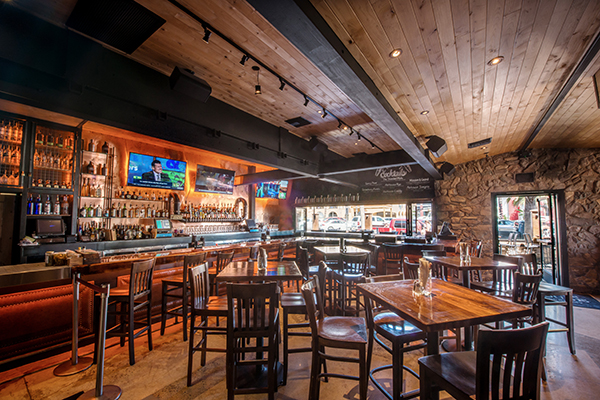 Brown added that, geographically, the area hardest hit by the departure of the Chargers is downtown, where he opened a second location eight years ago. This is because, during the football season, which usually runs from around early September to late December, followed by the Super Bowl in February, people don’t migrate to the beachy parts of San Diego. As a result, the Gaslamp Quarter was a top destination for visitors during that time of the year. It offers great hotel options, close proximity to the airport, and lots of restaurant and bar options.

“This used to mean lots of business in downtown, not just for bars and restaurants, but also retail and hoteliers,” he said. “We have seen more of the impact in that part of town because we just don’t have that traffic like we used to.”

“People would stay in the Gaslamp area when they were in town, and it wouldn’t be just for a day — they’d come down Thursday or Friday and stay for the weekend,” he said. Now, traffic isn’t what it used to be during the football season, he added.

Miro Copic, marketing professor at San Diego State University, said although there are a big variety of teams fans in the county, the Chargers did help bring a lot of business on Sundays to local establishments that is no longer the case.

The Chargers brought an incremental increase in revenue during game days that is now lost, he said, not just because of Charger fans, but because when the favorite teams of transplanted San Diegans were playing, that would enhance the crowds.

“Generally, fans love sports and that behavior hasn’t tremendously changed,” he said. “But, also, fans love their specific teams, and that would bring several hundred and thousands in incremental revenue. That is income that is now a loss.”

Despite the decline in traveling football fans to the city of San Diego, the overall tourism and hospitality economy in the city is doing well, thanks to everything else the city has to offer, including good weather. Although hotel occupancies in 2017 fell on weekend days when Chargers were playing at home compared to a year earlier, 2017 hotel occupancy rates were up from 2016 even without Charger home games.