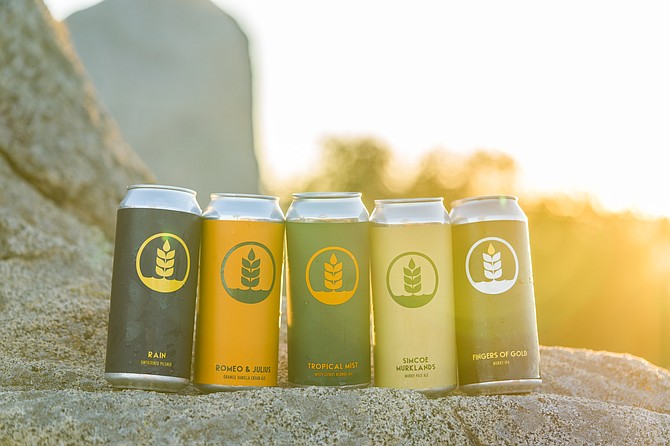 These are a handful of the dozens of San Diego-based companies to join 1% for the Planet, the Patagonia Clothing Co. founded, international organization based in Vermont whose members contribute at least 1% of their annual sales to environmental causes.

Mat Robar, founder of Pure Project LLC, in Miramar, said even before he opened the brewery in 2015, he knew he wanted to be involved with 1%.

Robar explained 1% for the Planet is the nonprofit entity that gets companies to pledge 1% of their sales, whether it makes a profit or not, and then it directs those companies to other organizations that are already doing their part to help save the planet but need more people to commit to help fund their efforts. He said some of the companies he works with locally are San Diego CoastKeeper, which protects fishable, swimmable water; Surfrider Foundation, a nonprofit environmental organization; and Outdoor Outreach, a San Diego-based nonprofit that utilizes the outdoors to inspire young people, among others.

For La Jolla-headquartered Everyday California, a lifestyle brand which focuses on ocean adventures like kayaking tours, becoming a 1% company was an obvious choice.

“For us, as far as we are concerned… our business wouldn’t exist without the environment,” said Christopher Lynch, managing partner, via a 1% for the Planet promotional video. “Our business was born in the ocean and on the beach. Without environmental causes, without us helping the planet, we wouldn’t have our business.”

Through 1%, Everyday California works closely with GreenWave, a local 3-D farming company that supports ocean farmers and their blue-green economy initiatives. Michael Sammer, managing partner at Everyday California, said other organizations the company works with through 1% for the Planet includes Urban Surf 4 Kids, headquartered in Daytona, Florida, which takes impoverished youth surfing, and the Surfrider Foundation.

Eric Van Drunen, founder of San Diego-based winery Charlie & Echo, said it was important for them as a company to do their part in protecting the environment.

“It’s important for any enterprise to take a look at what it can do and go beyond the simple basics of what it does,” he said. “For us, that’s doing something proactive about the environment, particularly climate change.”

Van Drunen said he loves being a part of 1% for the Planet because it helps the company focus on and provide a framework for its environmental efforts. He also said he likes the accountability it provides for both Charlie & Echo as a business donor, but also its nonprofit partners, which include Oregon-based Bonneville Environmental Foundation, which markets green power products to businesses, and I Love a Clean San Diego, an environmental nonprofit.

Liz Whiteley, membership director at 1% for the Planet, who works with members throughout California and the intermountain west, said the purpose of the organization is to “bring dollars and doers together to accelerate smart environmental giving.”

“We have over 2,000 business members in more than 45 countries,” she said. “Additionally, we have a growing cohort of individual members, which means that anyone can participate in our global movement.”

Whiteley said 1% for the Planet has a “strong cohort” of members in San Diego, including Pure Project, which she said is a great example of a business that has developed strong, local nonprofit partnerships through its 1% for the Planet commitment.

“Mat and his team also work with other local 1% for the Planet business members to harness the power of their shared commitment,” she said, adding that just last April, Pure Project organized a 1% for the Planet marketplace at the San Diego Patagonia store to benefit its nonprofit partner, San Diego Coastkeeper Alliance. “They’re a true leader for our movement in the San Diego region.”