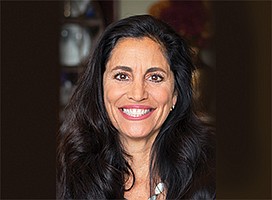 American National Investments is the parent company for about 40 retail, real estate and restaurant businesses, including well-known restaurant brand the Patio Group.

“American National Investments, Inc. has been notified of a civil suit brought against the company and anticipate a receiver will be appointed," the company wrote in an emailed statement. "While we can’t discuss details of the ongoing litigation matter, we will continue to cooperate with authorities throughout this process. We do so with full commitment to doing right by our loyal customers and lenders."

According to the SEC’s complaint, Champion-Cain promised investors the opportunity to invest in high-interest, short-term loans for California liquor license applications. She had raised over $300 million from more than 50 investors across the U.S. since 2012, with more than $100 million of that raised in the last year.

The investments were deposited into escrow accounts managed by ANI Development, and investors were told that once the liquor license was approved, the amount would be returned to investors with interest. But this business was “wholly illusory,” according to the complaint. Instead, the funds were allegedly transferred to parent company American National Investments.

According to court documents, Champion-Cain told one of the investors in an email that there was currently $140 million in funds deposited with 554 open escrows. Instead, just $11 million was left in ANI Development’s escrow account.

The SEC seeks for Champion-Cain and ANI to repay any allegedly ill-gotten gains as well as prejudgment interest and monetary penalties. Champion-Cain and her company agreed to asset freezes and a preliminary injunction while the case goes before the court.

“The SEC took emergency action to stop what we allege is an egregious fraud,” SEC Los Angeles Regional Director Michele Wein Layne said in a news release. “Importantly, the agreement we reached with the defendants to freeze their assets during the litigation will give investors the best chance to maximize their recovery going forward.”

The case was filed in the U.S. District Court for the Southern District of California on August 28.

This story has been updated to include comments from American National Investments.