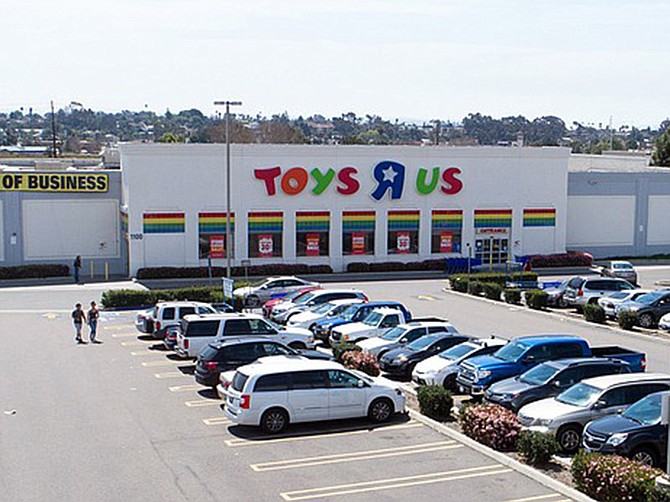 A former Toys R Us store in National City is among the big box stores attracting new tenants.

Vacant big-box stores filled up quickly in the first half of 2019 in San Diego County — a bright spot in what had been a steady but unremarkable performance for retail real estate in the second quarter of the year.

Since January, 25 big-box stores throughout the county found new tenants, according to a report by the commercial real estate brokerage CBRE.

“With these store closures, it opens the doors for opportunities for other tenants,” said Joe Yetter, a first vice president with CBRE in San Diego.

“It’s just a market that many tenants would like to be in,” Yetter said.

Over the first six months of 2019, space in 29 big-box stores became available, according to CBRE, but new tenants are either in place or lined up to take some of that space.

Available big-box space coming out of the first half of 2019 includes 107,796 square feet of space in a former Sears store in Chula Vista; 98,194 square feet in a former K-Mart in San Ysidro; and a 53,963 square-foot former Albertson’s supermarket in East Lake.

“I think people are going to be snapping up most of these properties over time,” Yetter said.

Striking a cautionary note, CBRE in its report said a potential strike by Local 135 United Food and Commercial Workers “could have repercussions for grocers and in turn other retailers within center anchored by these brands.”

“I don’t see that as causing store closures. It might cause shopping patterns to change in the near term,” Yetter said. “We’ve had grocery strikes before but I don’t remember stores closing because of that. They weathered it.”

As retailers continue to be affected by online shopping, stores that are unable or slow to adapt might close, but Yetter said that demand for retail space is so strong in San Diego County that in most cases, there will be someone to take their place.

“We’re going to be getting more spaces back here and there, but I think there will be a significant amount of absorption on most of them because they’re in good locations,” Yetter said.